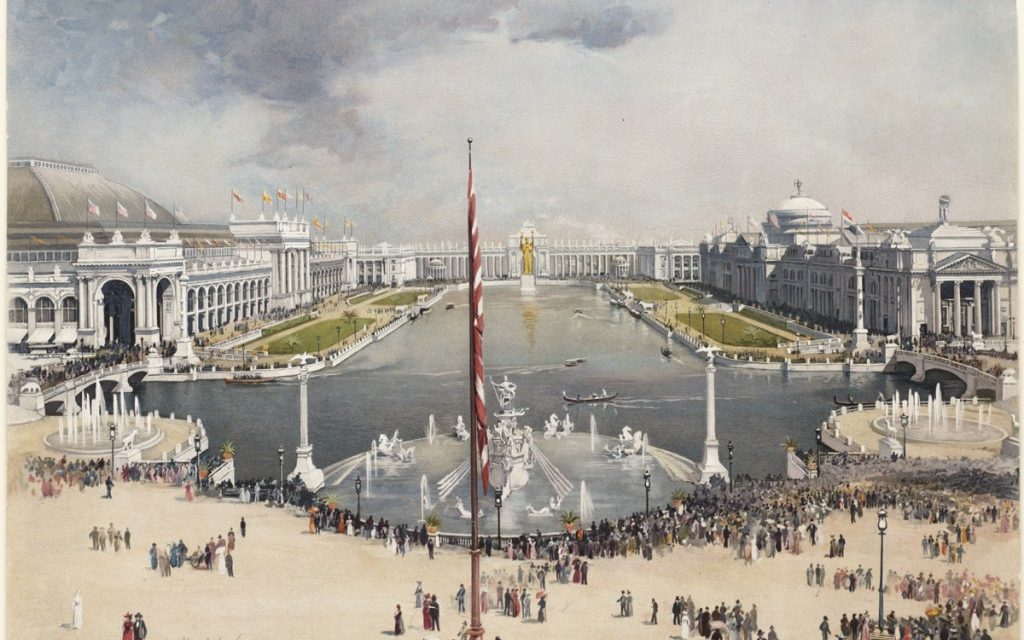 As the largest user of electricity in the 19th century, the 1893 World’s Columbian Exposition was nicknamed “The White City.”

The glittering dreamland, built in Chicago’s Jackson Park along the shores of Lake Michigan, was considered the greatest World’s Fair of all time. It provided a once-in-a-lifetime experience that drew over 25 million visitors. Guidebooks recommended spending two weeks there.

People would travel to the exposition at all costs. Advised author Hamlin Garland: “Sell the cook stove if necessary, but come to the Fair.”

Those of us who were not around in 1893 can get a taste of the lakefront spectacle in the galleries of Opening the Vaults: Wonders of the 1893 World’s Fair, an exhibition running through Sept. 7 at Chicago’s Field Museum. The objects on display, all part of the museum’s collection, have rarely—if ever—been seen by the public since the fair’s six-month run ended 121 years ago.

Enlarged archival photos, including some projected on screens and with sound effects, also bring the event to life. Prominent on the White City’s skyline was the first Ferris wheel. The 2,160-passenger, 250-foot-high ride stood 100 feet taller than today’s wheel at Navy Pier.

Marking the city’s recovery from the Great Fire of 1871 and offering visitors a snapshot of Western civilization during a time of social turmoil and technological advances, the fair celebrated the 400th anniversary of Christopher Columbus coming to America. Nearly 200 buildings displayed 65,000 artifacts. 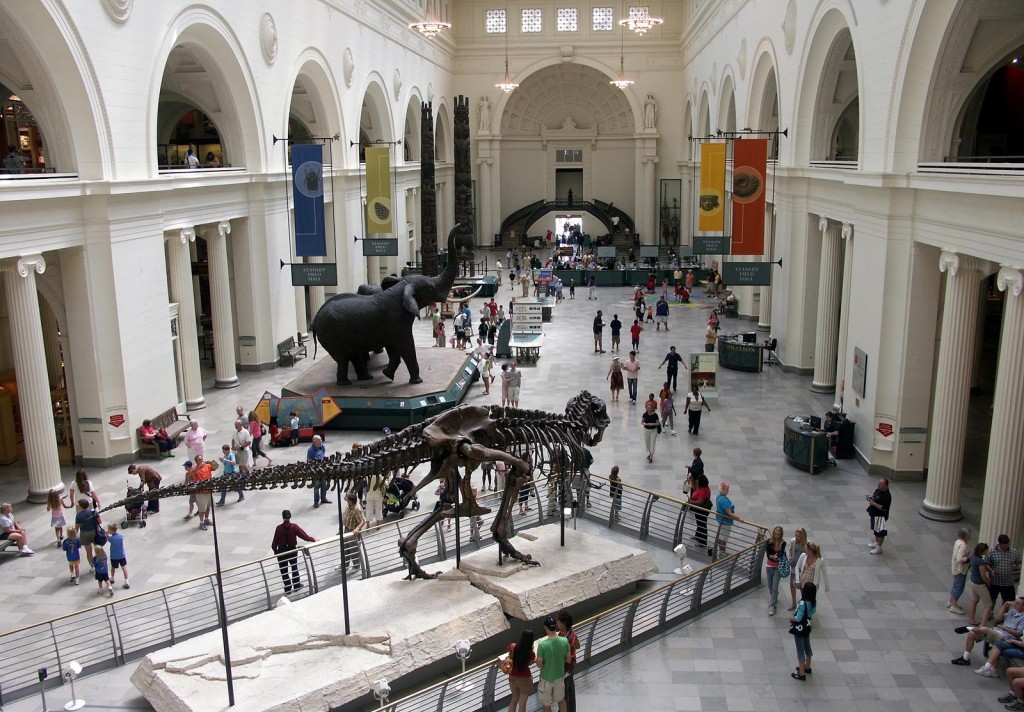 The fair actually led to the founding of the Field Museum, one of Chicago’s great treasure houses. Fair artifacts were the basis of the museum’s original collection, and the men who had been involved in organizing the exposition were the first board members and curators of what was then the Field Columbian Museum, which opened June 2, 1894 at the fair’s Palace of Fine Arts (the only fair building still standing and now the Museum of Science and Industry). The Field Museum has been at its current Lake Shore Drive location since 1921.

Enter the first exhibit gallery and you’re greeted with ragtime piano music, which was introduced to the public at the fair. African-American musicians would play ragtime outside the fairgrounds. While blacks were not prevented from visiting the fair, they were excluded from its planning and development and only hired for menial jobs and as entertainers. On display is a program from the Aug. 25 “Colored American Day,” the fair’s only gesture of inclusivity. Equal rights activist Frederick Douglass was the keynote speaker. The room’s other assorted artifacts under glass include a fossil dragonfly and canteen fashioned from a rare double coconut, plus coins and a souvenir handkerchief commemorating the fair.

With a growing interest in natural history in the late 19th century, taxidermied animals caught the public’s imagination and were popular with fairgoers. Mounted species from around the world, like the mountain lion and passenger pigeon in the current exhibit, were showcased at the fair by Ward’s Natural Science Establishment. After the fair, the Field Museum purchased Ward’s entire collection and ever since has been noted for its animal dioramas. Opening the Vaults also shows some of Ward’s meteorites, minerals and gems that drew fairgoers to the Mines and Mining Building.

Economic botany was more important than environmentalism at the time, so many fair exhibits showcased products made from oils, woods, grains and fibers. See oils in their original containers, including a bottle of orange resin (chicle), an ingredient in Wrigley’s Juicy Fruit Gum, one of many products unveiled at the fair. Other new foods included Shredded Wheat and Cracker Jack. A shawl made from tree bark and a skirt of coconut fiber and pine needles also illustrate how natural materials were used for practical purposes.

The World’s Fair approached anthropology from a 19th century perspective, depicting non-Western cultures as exotic and less advanced. In reconstructed “native” villages, Americans for the first time rubbed elbows with people from Africa, the South Pacific and other faraway places as they performed tasks and put on shows. American Indians also were represented. Cultural artifacts on display range from Crow Nation horse parade regalia to Peruvian mummies (with an adjacent computer station that lets you “see” inside the wrappings). Also view a Zulu shield, Javanese theatrical masks and weapons from New Caledonia. A pushbutton display presents an actual recording of music from the 1,000-seat theater of the midway’s Java Village, and a touch screen lets you play an Indonesian gamelan, an ensemble of wind, string and percussion instruments.

For information on the World’s Fair exhibit and the Field Museum’s other wonders, visit fieldmuseum.org.