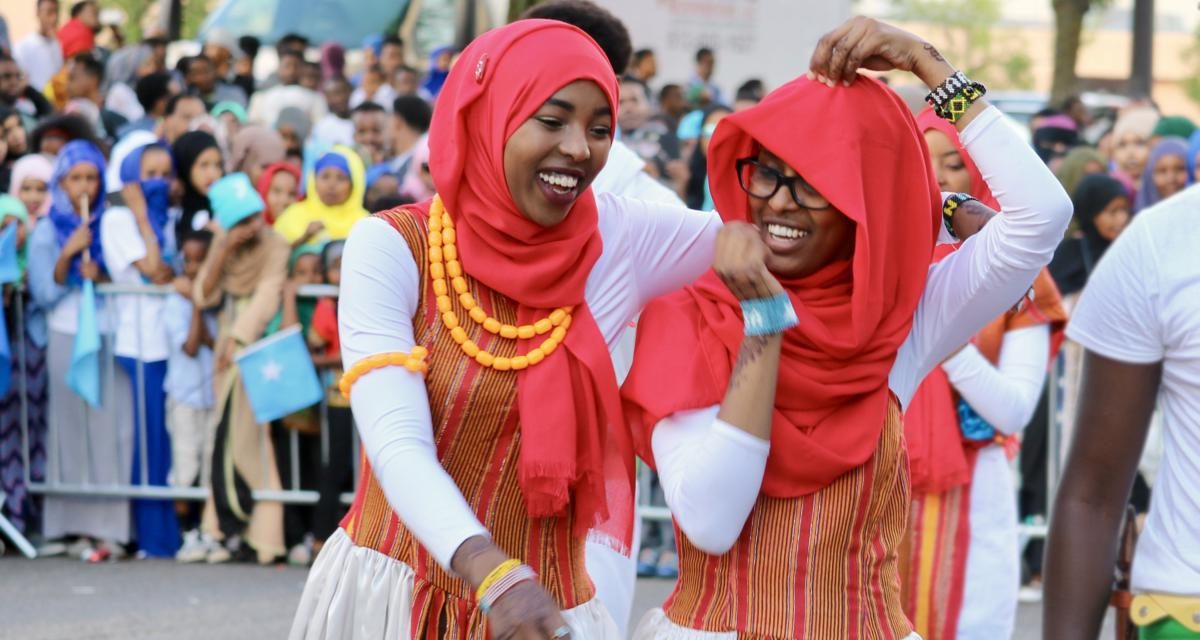 Opening June 23 at the Minnesota History Center in St. Paul, the exhibition Somalis + Minnesota will explore Somali culture, from traditional life in Africa, through the massive migration that began after the outbreak of civil war in the 1990s, to today’s well-established Minnesota Somali community, the largest in the U.S. The exhibit was developed in partnership with the Somali Museum of Minnesota in Minneapolis, which houses a collection of more than 700 pieces and offers a wide range of educational programs about Somali culture. Visitors will see a reconstructed nomadic hut imported from Somalia, meet Somali Minnesotans through videos and interactive photo panels, and learn about Somalia’s history through photographs and objects brought to life through commentary by Somali historians now living in Minnesota. A hands-on activity will show visitors how to load a camel for
travel across the desert.

Rent a Tesla at Mall of America • Minnesota

TREVLS, the Twin Cities-based exclusive rental company of Tesla automobiles, is now open for business at Mall of America in Bloomington. A fleet of over 20 vehicles (including the Model S and Model X) are available for visitors to drive, and attendants will explain the innovative tech available in every Tesla automobile. Opened to coincide when Minneapolis hosted the Super Bowl, the rental car service is located in the Mall’s North Garden, with Tesla retail products such as shorts and hats also available for sale. Model S rentals start at $75 for an hour, $95 for two hours and $195 for a day. Model X rentals will be $150 an hour, $175 for two, or $350 for all day. Weekend and weekly rental rates are also available.

The National Park Service has announced that Jefferson National Expansion Memorial is now Gateway Arch National Park, better communicating to the public its status as a national park and home of the 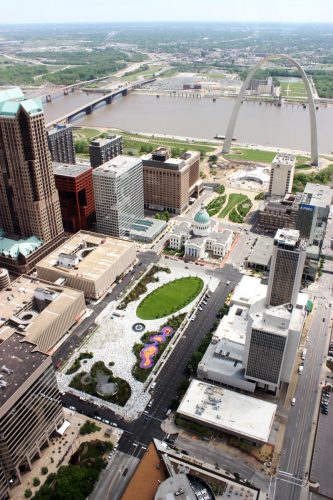 internationally recognized Gateway Arch.
“The name ‘Jefferson National Expansion Memorial’ was established long before the Gateway Arch was envisioned, and has simply never been adopted by our millions of visitors,” says Mike Ward, the park’s superintendent. “We hope this new name will best reflect the magnificent renovations and visitor experience we will unveil in a few months.”
The new Museum at the Gateway Arch and a new visitor center open July 3, and the grounds have undergone major landscaping changes that better connect the site to the riverfront and downtown St. Louis. Besides viewing museum exhibits on westward expansion and riding a tram to the top of the Arch, visitors can see exhibits in the Old Courthouse, part of the park and famous as the site of the Dred Scott trial, in which slaves Dred and Harriet Scott sued for their freedom in 1846.

The very first Pizza Hut building, soon to be Wichita’s newest museum, will tell the story of the world-famous pizza chain, which was started in 1958 by two Wichita State University students, brothers Dan and Frank Carney. Located on the WSU campus, the museum is set to open this summer and will include artifacts and the humble story behind the local business’s rise to become the world’s
largest pizza franchise. The original Pizza Hut building, which had been on the campus since 1986, was moved to the school’s Innovation Campus last September. Dan Carney is donating his sizeable collection of Pizza Hut mementos and artifacts to the new museum.
The building’s structure influenced the name of what would become a well-known international chain. The building had a sign that would only accommodate nine characters. The brothers wanted to use “Pizza” in the name and that left room for only three more letters. A family member suggested that the building looked like a hut—and Pizza Hut was born. Pizza Hut today has 6,300 locations in the U.S. and 16,000 worldwide, with locations in 16 countries.

The Indiana Office of Tourism Development (IOTD) has announced that matching grants have been awarded to the Indiana Railway Museum and City of Jeffersonville.
The railway museum in French Lick was given $250,000 to restore and refurbish two historic first-class passenger cars. Completion of the project will allow it to increase train service between French Lick and Jasper. The museum will provide regular dinner train service, run private dinner trains and expand special events, such as The Polar Express Train.
The City of Jeffersonville was awarded $220, 000 for the development of its Arts and Cultural District. The money will be used to create a home for artists, makers, historians, inventors and others to have workspace in underutilized buildings and greenspaces. The matching grant will allow shipping containers to become artisan cubes and rail cars to become restaurants.