Celebrate the Past, Present and Future During Missouri 2021 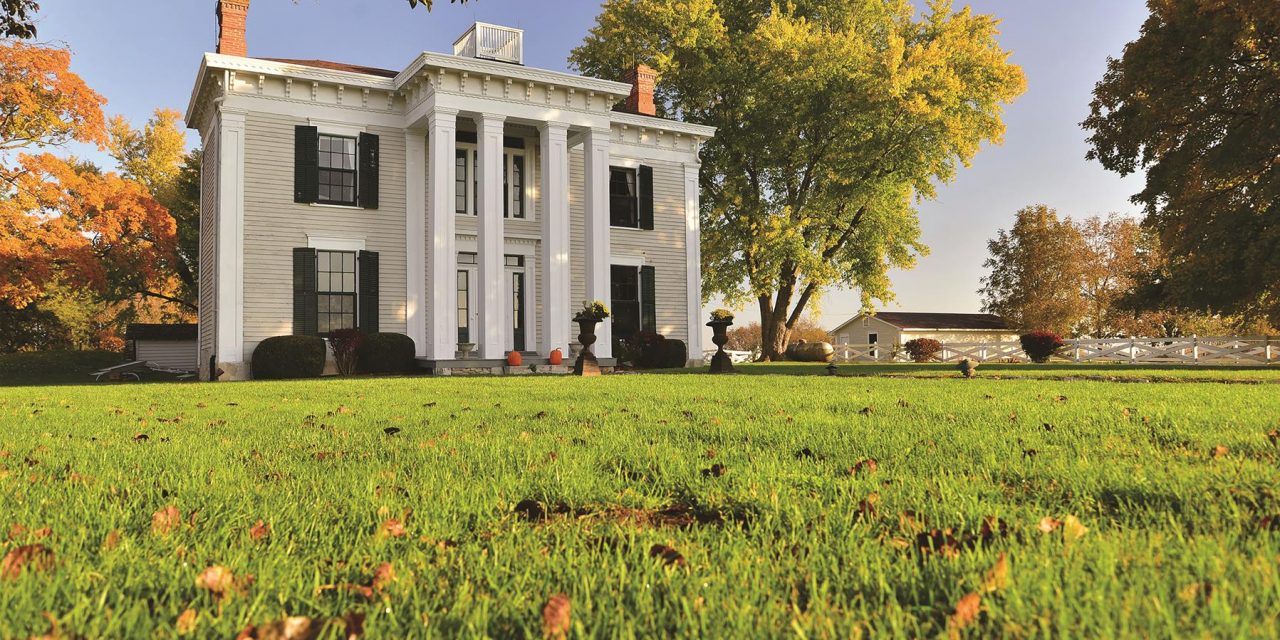 In 2013, the Missouri General Assembly tasked the Historical Society of Missouri with leading the Missouri 2021 Bicentennial celebration. Work began almost immediately to showcase Missouri’s rich history for visitors and residents. The results include statewide and local/regional projects and Missouri Bicentennial organized events. When planning your 2021 itinerary, see what Missouri happenings are near your destinations of choice. Here are just a few to get you started.

Missouri Art Now: A Bicentennial Celebration recognizes Missouri as a significant state for visual art creation. Arts councils and museums from across the state are collaborating to feature an exhibition of 60 Missouri artists in Missouri Art Now from March to November 2021. The collection will be displayed at five venues throughout the state.

Struggle for Statehood is a traveling exhibit that offers insight into the three years prior to Missouri’s statehood and the fierce debates regarding the state’s admission to the Union. The exhibit leads the viewer through the timeline, historical accounts and those the argument impacted. The exhibition will be on the road until December 2021. Claire Bruntrager at 314-781-9660, or claire@mohumanities.org can share dates and locations.

Show Me Hooked Rugs 2021 will be on display from March-August 2021 at the Missouri State Museum in Jefferson City. Big Muddy Rug Hookers/Association of Traditional Hooking Artists will host the exhibition of traditional hooked rugs. Past and present artists will be featured. 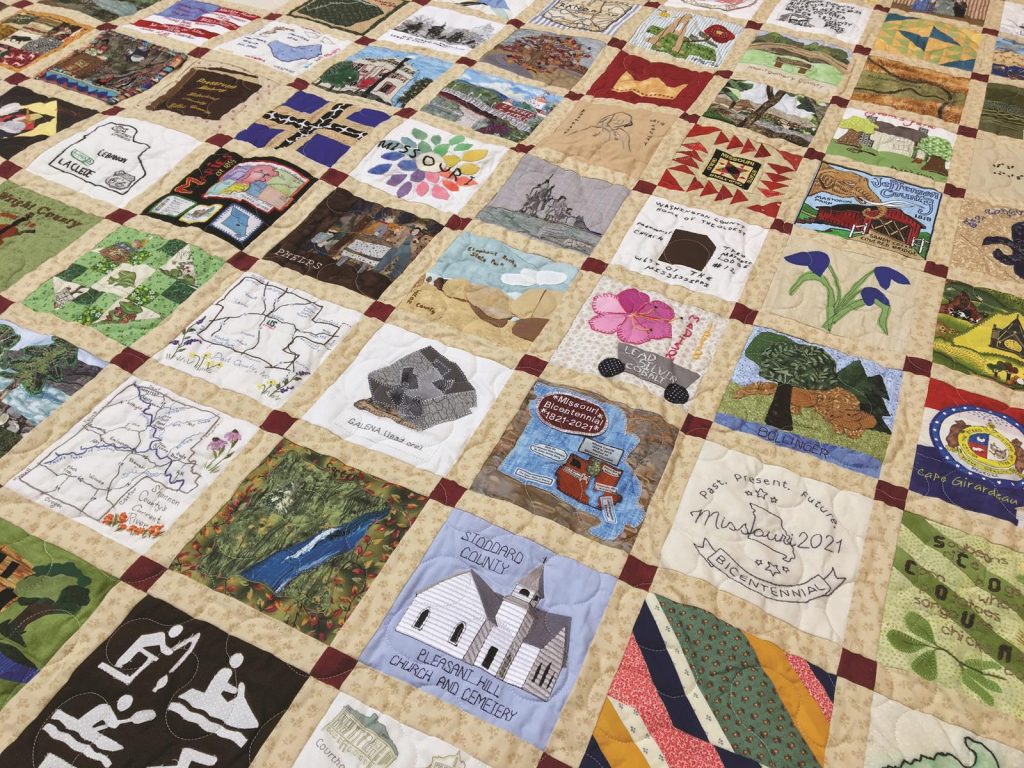 Missouri Bicentennial Quilt celebrates the history of quilting from the pioneer days to the present. The State Historical Society of Missouri and Missouri Star Quilt Company has partnered with the Missouri State Quilters Guild. Together, they’re collecting one quilt block from every Missouri county and the independent City of St. Louis, displaying their uniqueness. The Missouri Bicentennial Quilt is completed and has begun traveling throughout the state.

Paint For A Cause will have juried artists Aaron Horrell and Barb Bailey assisting Missourians from every corner of the state painting a mural depicting recognizable Missouri state symbols. All skill levels were invited to participate in painting 4 feet by 6 feet aluminum pieces that will make up the 12 feet by 30 feet mural. For its permanent home, the mural will be hung in the Truman Building in Jefferson City.

Shepherd: The Musical shares a piece of life in the Ozarks as written by Harold Bell Wright, author of The Shepherd of the Hills. Readers and audiences have been moved by the story for decades. Information about performances of this new musical will soon be announced. 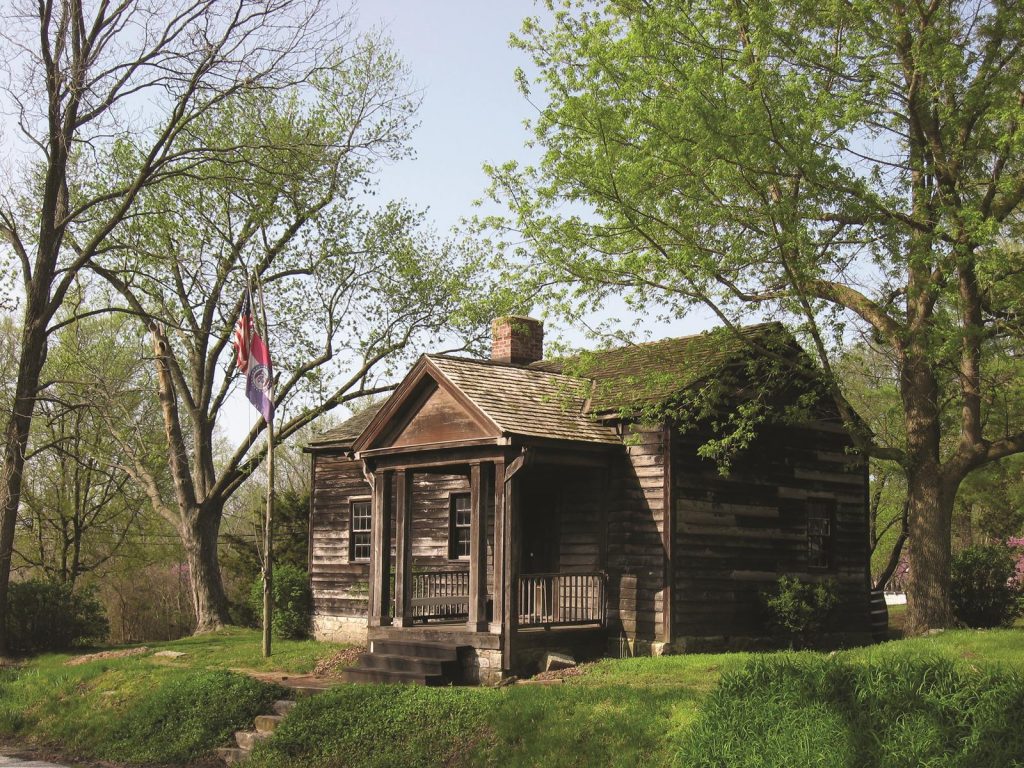 Voices of Arrow Rock, Spirit of the Missouri Frontier is a theatrical performance that tells the story of early Arrow Rock citizens – from the early-mid 19th century – on the Missouri frontier. Featuring underrepresented voices, characters include an enslaved man and woman and former enslaved persons freed by emancipation. The premiere will be August 7, 2021. FriendsOfArrowRock.org Show Me To the Stage: A Missouri Bicentennial Season at Maplewood Barn Community Theatre, located in Columbia, will commemorate the bicentennial with four 2021 plays with a Missouri theme. Performance dates will be announced in the future.

Bicentennial Bridge to Adrian’s Island puts on full display the historic relationship between Jefferson City and the Missouri River. Opening for the August 2021 celebration, the pedestrian/bike bridge will provide access to a relaxing park on Adrian Island. Along the bridge there will be interpretive stops defining transportation, including the river, rail and highways of the region.

Made in St. Joseph from Steam to STEAM, August 20-21, 2021, is a festival that showcases St. Joseph – from a frontier town to an advanced city. There will be interactive exhibits, historical portrayals, folk art exhibitions, side-by-side with today’s industry innovators.

Northeast Missouri Old Threshers Annual Show is a four-day festival offering demonstrations of family life, agriculture, transportation and communications from the past. The event, complete with Nashville recording artists, is set for September 16-19, 2021, in Shelbina.

Southwest Missouri Cattlemen’s Tour is scheduled for September 2021 and will introduce visitors to the new and different practices of cattle producers in Missouri’s number one agricultural industry. The tour will go to four farms and ranches in Barry, Dade, Lawrence and Stone counties.

This is just a quick snapshot of Missouri Bicentennial celebrations, and the calendar of events is constant growing. Discover the festivities that await for your next Missouri itinerary.