Casting Minnesota will Bring Down the House 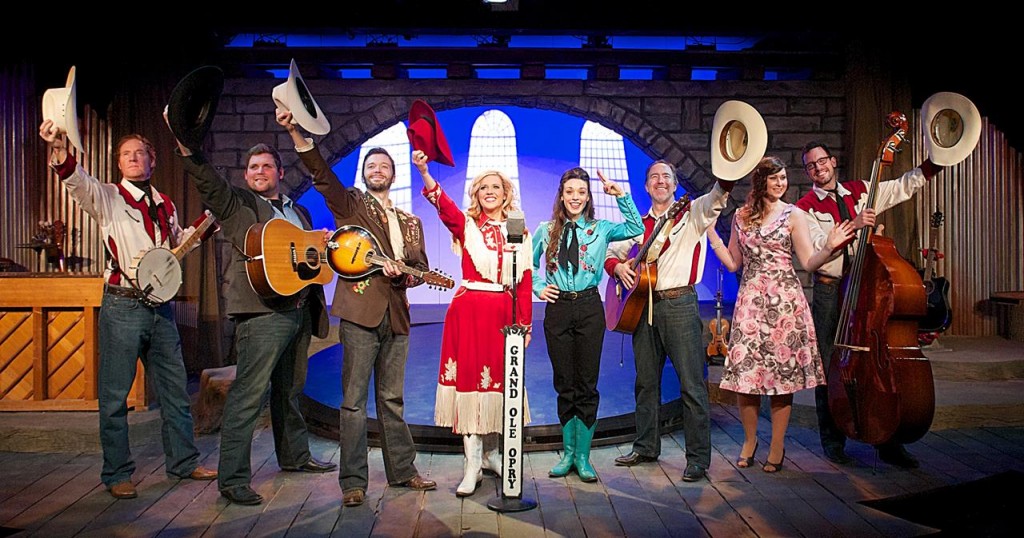 Minnesota offers group tour planners a variety of theatrical options, from major venues in downtown Minneapolis and Saint Paul to playhouses in the suburbs and a well-respected theater company in rural Lanesboro.

The Twin Cities area has a reputation for the quality and quantity of its theater companies. A marquee theater destination, Minneapolis-Saint Paul claims 75 professional theater groups and more than 30 performance venues. Another bragging right: Minneapolis boasts more live theater seats per capita than any other city outside of New York.

Across the state, groups will find first-rate theatrical fare in smaller towns as well. From Broadway musicals and religious productions to classic works by Shakespeare and Ibsen, Minnesota’s calendar is a theater lover’s dream.

The nationally acclaimed Guthrie Theater in downtown Minneapolis is known far and wide for its innovative presentations of both classic and contemporary works, including Shakespeare. Housed since 2006 in an architecturally striking building with a blue exterior, it features three stages and dramatic public spaces, including a 175-foot cantilevered lobby overlooking the Mississippi River. There are many dining and bar options. Backstage tours highlight the steps that take a play from conception to performance, with stops at the costume, props and set shops. Upcoming productions include Hamlet, The Three Musketeers and My Fair Lady.

For splashy Broadway musicals, top comedy acts and big-time concerts, head to downtown Minneapolis’ Hennepin Avenue Theater District, home to four venues operated by the Hennepin Theatre Trust. Three of the theaters—the State, Orpheum and Pantages—are former vaudeville/movie houses that were restored to their original opulence and reopened in the 1990s. Tours spotlight the history and architectural flourishes of the majestic venues, built between 1916 and 1921 as part of Theatre Row, which numbered more than 30 showplaces. The Orpheum’s interior, done in rich Victorian colors, is highlighted by a 2,000-pound chandelier made from brass and Italian crystal. The 2014-2015 Broadway on Hennepin season starts with a return engagement of The Book of Mormon, a Tony Award winner for Best Musical. Also on the schedule are Motown the Musical, Dirty Dancing, Jersey Boys, Irving Berlin’s White Christmas, I Love Lucy on Stage and Kinky Boots, the 2013 Tony winner for Best Musical.

Ordway Center for the Performing Arts is Saint Paul’s premier performance space, presenting a diverse range of productions, from musical theater and dance to multicultural fare. Fronting Rice Park in the heart of downtown, it is also home to the Minnesota Opera and Saint Paul Chamber Orchestra. Recent shows in the 1,900-seat Music Theater included Andrew Lloyd Webber’s The Wizard of Oz and The Gershwins’ Porgy and Bess, with Bring It On: The Musical and Blue Man Group coming this spring. Construction is underway on the 1,100-seat Concert Hall, which will replace the McKnight Theatre.

In Plymouth, a suburb 20 minutes west of Minneapolis, Plymouth Playhouse is home base for The Church Basement Ladies, which has kept audiences around the nation in stitches the past nine years. The Last (Potluck) Supper, the fifth and final installment of the series of plays about Lutheran women in a small Minnesota town, ends its Plymouth engagement this spring, but The Church Basement Ladies (produced by Minneapolis-based Troupe America, Inc.) will continue touring the country. Returning to the intimate 211-seat theater this July, after a triumphant national tour, will be Troupe America’s Ring of Fire—The Music of Johnny Cash. Though the “Man in Black” himself is never impersonated, Ring of Fire performers take the audience on a journey through Cash’s life and music, from the cotton fields of Arkansas to the Grand Ole Opry, featuring more than 35 of his hit songs, from “I Walk the Line” to “A Boy Named Sue.” Plymouth Playhouse is located in the Best Western Plus Kelly Inn, where groups can sleep, dine and be entertained under one roof.

Chanhassen Dinner Theatres, another Twin Cities-area favorite, has been pleasing crowds since 1968. Recognized as the nation’s largest professional dinner theater and noted for lavish costumes and sets, it serves up the best of Broadway year round and, as the largest restaurant in the state, can serve 1,000 guests a night. Dinner is served at the table with choice of entree, and groups are recognized from the stage. The Midwest premiere of Disney’s The Little Mermaid plays through August, with Hello Dolly! coming after Labor Day and running through January 2015. The four-theater complex also presents concerts (rock, pop, country, jazz), and Stevie Ray’s Comedy Cabaret is every Friday and Saturday night.

Some of the Twin Cities’ most spectacular performances take place in a church that was built as a theater seating 1,200 to 1,400.  North Heights Lutheran Church in Arden Hills stages Easter and Christmas spectacles that draw groups from all over the Midwest. Expect showstoppers like flying angels in harnesses and horses and donkeys coming down the aisles. All Things New, an original Easter production with music, boasts a cast of 200 (its final season is this April). Again this December, a cast of 125 will present a version of It’s a Wonderful Life with a gospel message. The church has a huge kitchen that serves a dinner buffet in the 400-seat Great Hall before or after select performances.

Top-flight theater also thrives in the northwoods of Minnesota. In Bemidji, the first city geographically on the Mississippi River, one of the country’s oldest professional summer stock theaters has been entertaining audiences for more than 60 years. The Paul Bunyan Playhouse brings locals and vacationers to downtown’s historic Chief Theater, an intimate Art Deco landmark that seats 315. Its summer calendar includes Annie, I Do! I Do! and 25th Annual Putnam County Spelling Bee.

Commonweal Theatre Company brings visitors to the historic town of Lanesboro (pop. 750) in Southeastern Minnesota’s Bluff Country. One of the nation’s leading rural professional theater companies in America, Commonweal puts on at least five plays a season. Reflecting the area’s high concentration of Norwegian-Americans, the company annually does a work by 19th century Norwegian playwright Henrik Ibsen, the only theater in America with such a commitment. The 2014 season features Ibsen’s Brand, Arsenic and Old Lace, Around the World in 80 Days, Every Christmas Story Ever Told and Arcadia. The 200-seat, state-of-the-art theater opened in 2007 occupies a former cheese factory and sports an interior design reflecting the region’s history and natural beauty, with barn doors as bathroom stalls and stone walls that recall the surrounding bluffs.