He walks down the steps, making his way to a massive stage, weaving through the crowd. You are left awestruck by the sheer size of the valley, the powerful words, and the incredible story being told of Jesus’ final days on earth. 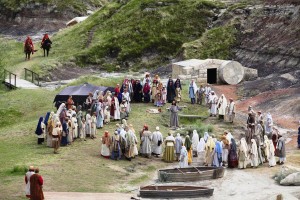 The three-hour play has been running for 20 years, gaining mass acclaim and drawing thousands of people from all over Canada and the U.S., and attendance continues to increase every year as more and more people discover such a production exists in Alberta.

There are dozens of passion plays held throughout North America every year, but many factors set the Canadian Badlands Passion Play apart from the rest. The first is the location, which helps to immerse the audience completely in the story. The play uses one of the largest stages around, as well as the surrounding area.

“We have a definite set piece, but we use the entire valley to our advantage,” says Neudorf. “It’s quite an amazing spectacle going on all around you, moving to the audience and above and back and beyond.” The setting is augmented by a new state-of-the-art sound system that allows the audience to hear the entire play clearly as actors move across the stage.

Another interesting feature of the Canadian Badlands production is that more than 200 volunteer actors, ranging in age from three to 77, put it on. Forty professional staff train these actors, many of whom return each year, during 10 weekends of rehearsal. “And the result of that professionalism mixed with all the enthusiasm of the volunteers creates quite a stunning, spectacular performance of the story,” says Neudorf. 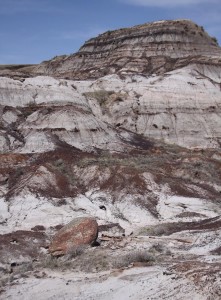 While many other passion plays focus on the last seven days of Christ’s life, the Canadian Badlands production chooses to cover a whole gospel. This allows for the writers to create a different script each year, as it has lots of material to work with.

“We keep the play constantly in a state of change and movement, so we adapt it each year a little bit,” Neudorf says. “The hallmark of our script is that it never stays stagnant…it’s always morphing and changing and that’s what makes it such an incredible experience.”

The people behind the Canadian Badlands Passion Play work hard to put together a memorable production for their audience, and their efforts seem to be working. The play has won numerous awards and accolades throughout the years, and the American Bus Association recently named it one of North America’s 100 Best Events for 2014. It also receives much praise from audience members, even those who may not have a strong religious affiliation. 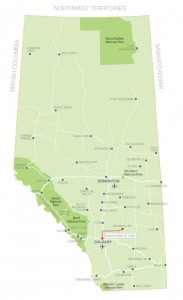 How to get there

“I think we’re doing it well enough that even people…who may not be church people or people who necessarily have a personal affinity to the story are still wanting to come out and see it,” Neudorf says. “Because it’s just that big of a spectacle and that much of a beautiful thing to watch.”

The play draws about 15,000 people every year over three weekends in July. On the opening weekend in 2014, the play will be presented on the evenings of Friday and Saturday (July 11-12), with a Sunday matinee. The weekend of July 18-20 features an evening performance on Friday and matinees on Saturday and Sunday. On the final weekend there will be evening performances on Friday and Saturday, July 25-26, and a matinee on Sunday, July 27.

While adults and seniors are the most common attendees, the play does attract a wide range of age groups, and the audience continues to diversify throughout the years. Many visitors are from Canada, but the play is getting more people from the U.S., thanks in large part to its success.

Within the Canadian Badlands, the play takes place in the town of Drumheller, which lies just 2 hours east of Calgary.  This short drive takes you through rich agricultural farm land, with an explosion of brilliant yellow from the canola fields in full bloom in the summer. Tour operators either stay in Calgary spending the full day in the Canadian Badlands or stay in the town of Drumheller allowing for more time to explore this region that the dinosaurs called home 75 million years ago. 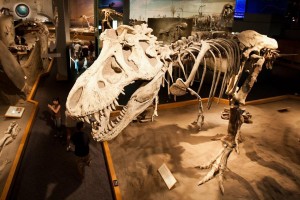 Some of the noteworthy attractions in Drumheller often combined with a Passion Play performance include the world-renowned Royal Tyrrell Museum, home to one of the largest dinosaur displays and Canada’s go-to source for paleontology. The Atlas Coal Mine National Historic Site is another authentic Drumheller attraction, and one of the few mines left where guests can take an underground tour and ride the gauge train. Heading southwest 22 miles from Drumheller brings you to the quaint town of Rosebud. The Rosebud Theatre is Alberta’s largest rural professional theatre, and has worked in collaboration with the Passion Play to promote and market Drumheller as a destination. The area may not be very big, but for its size, there’s a lot going on, and there is no end to what groups can do when they come to see the play.

As travelers’ appetites have evolved to wanting more niche, undiscovered, and unique experiences to enhance their vacations, Bart Donnelly, Director of Travel Trade, North America for Travel Alberta, has seen growing interest from tour operators of all sizes for itinerary suggestions incorporating these untapped parts of Alberta. “While our popular iconic treasures like the Canadian Rockies and the Calgary Stampede are often still the draw, tour operators are seeking to expand their offerings either by creating new itineraries or adding to existing itineraries to incorporate the attractions and dramatic landscape of The Canadian Badlands.”

The Canadian Badlands Passion Play is a truly unique experience that shouldn’t be missed on your next trip to Alberta. The incredible landscape, detailed costumes and dedicated staff make for a wonderful spectacle.

“It’s very living, it’s very vibrant,” Neudorf says. “All those actors working together just put so much of their soul and life and spirit into it and it just explodes on the stage.”