The essence of the American West is nowhere better experienced than in the Buffalo Bill Historical Center in Cody, Wyoming. Comprised of five separate museums—the Buffalo Bill Museum, Plains Indian Museum, Whitney Museum of Western Art, Firearms Museum and the Draper Museum of Natural History—the center celebrates just about every aspect of the West.

The Buffalo Bill Museum recently underwent a six-month, $2.75-million renovation and reinstallation and will reopen May 19, with a grand opening event scheduled for July 3. The new museum will focus on the life of William F. “Buffalo Bill” Cody, the famous sharpshooter, showman and town founder, through authentic artifacts and state-of-the-art exhibits. 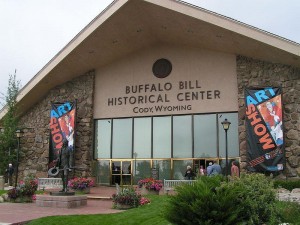 Visitors to the Buffalo Bill Historical Center will also have the opportunity to learn about Native Americans. The Plains Indian Museum tells the story of the Plains Indian peoples. Exhibits focus on things like the changes faced by the Plains people since being put on reservations in the 1800s, the importance of the buffalo, ceremonial traditions, the role of men and women, and traditional crafts.

Visitors will also get to see crafts and artworks in the Whitney Museum of Western Art. It features depictions of wildlife, landscapes, Native Americans, Western legends and heroes, and historic events. Represented are such renowned artists as Thomas Moran, Fredric Remington and Joseph Henry. The museum also has a sculpture garden where visitors can view works by Western sculptors.

The Cody Firearms Museum has the most exhaustive collection of American firearms in the world. The heart of the museum is the Winchester Collection. The museum exhibits not only Winchester arms, but nearly every significant arms manufacturer in the world. 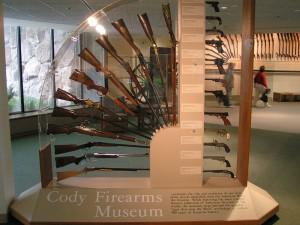 Finally, the Draper Museum of Natural History focuses on the land and wildlife of the West. Visitors will learn about grizzly bears, wolves, moose, eagles, and more through scientific specimens and skeletal material as well as taxidermy mounts and skins. Also included is the Greater Yellowstone Sights and Sounds Archive, a digital collection of photos, videos and other media featuring wildlife, landscapes and interviews.

The Buffalo Bill Historical Center was just named one of America’s favorite museums for group travelers by the National Tour Association. It won the Bronze award in the category, tied with the American Museum of Natural History in New York. The center offers group rates for groups of 15 or more.