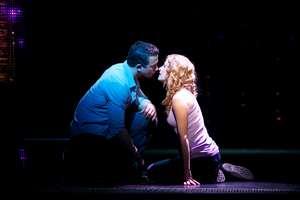 Ghost the Musical on Broadway

This spring, in fact, will be “the busiest season I ever could have imagined,” said Dennis Martin, director, group sales programs, Broadway.com/Groups. “When one show closes, no more than a day and half goes by before another moves in.”

Martin said not a single theater—Broadway has 40 of ’em—will be empty by the end of April, the deadline for shows to open if they want to be considered for a Tony Award this June. At least seven new musicals, plus revivals and some exciting plays with big-name stars, are in the mix.