Brewing Up the Best in the West 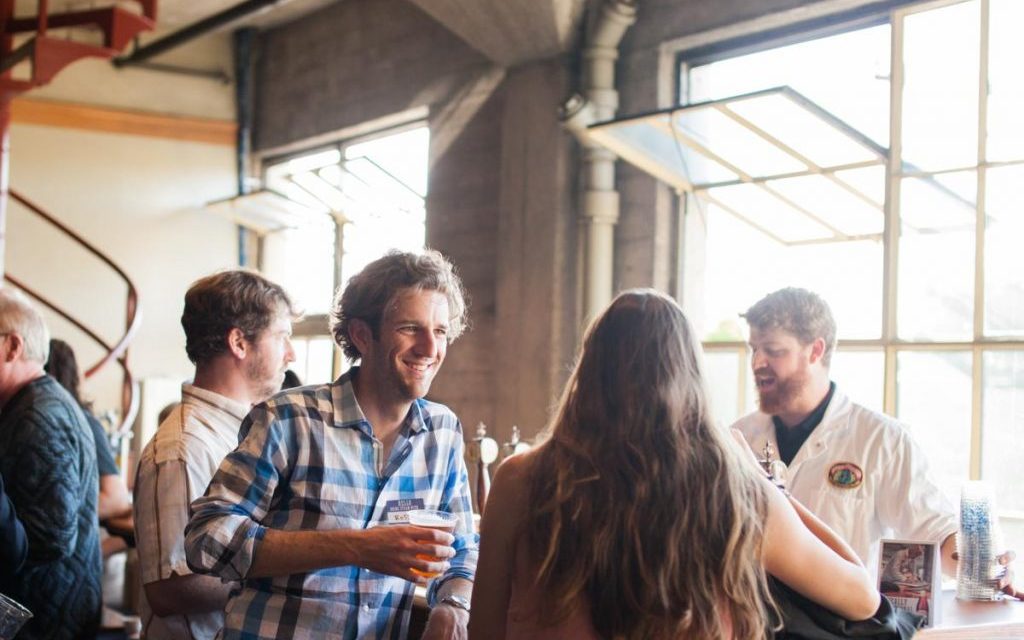 In the past, American beer was considered dull. It’s now anything but, as a fantastic selection of free-spirited microbreweries are emerging throughout the West, creating and serving local ales, pilsners, IPAs and stouts. Guided tours enhance the experience by providing an introduction to the passionate craftsmen, their stories, and behind-the-scenes looks at the art and production of the tasty brews. 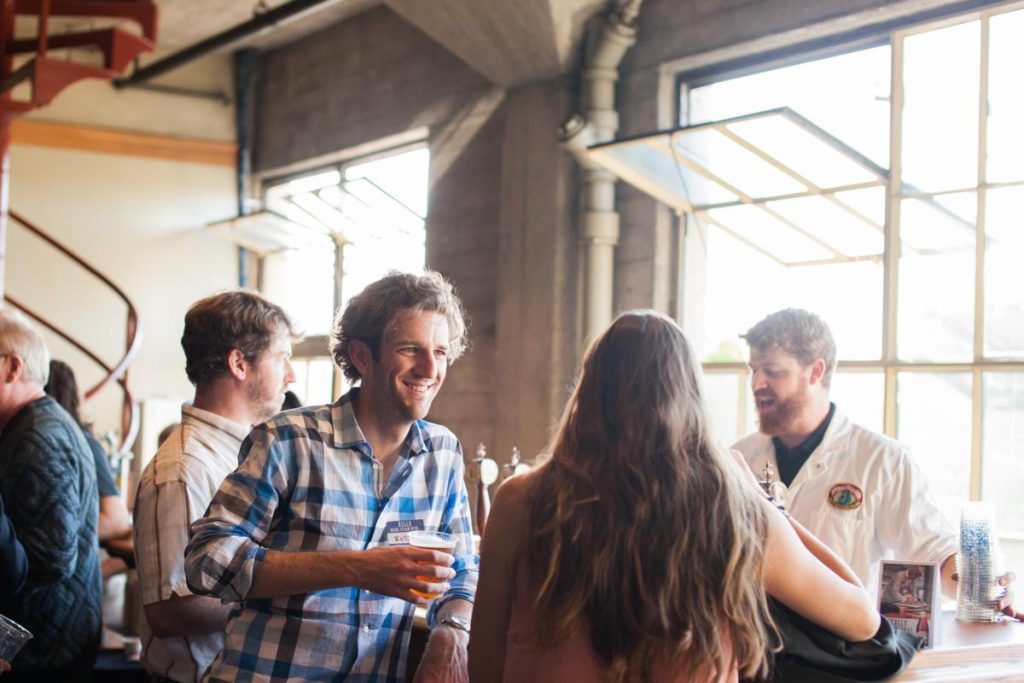 Anchor Brewing Company is one of the oldest breweries in the country. Before “microbrewing” and “craft brewing” became popularized in the American lexicon, Anchor was leading a brewing revolution in San Francisco.

Its rich history can be traced back to the California Gold Rush, when German brewer Gottlieb Brekle arrived in San Francisco and bought and transformed an old beer-and-billiards saloon on Pacific Street into an American brewery in 1871. Twenty-five years later, Ernst F. Baruth and his son-in-law, Otto Schinkel, Jr., bought the brewery from Brekle and renamed it Anchor. The great fire in 1906 consumed the brewery and Prohibition shut it down in 1920, but Anchor was resurrected in 1933.

In the mid-1900s, Anchor fell on hard times. Americans were preferring the highly-marketed, “mass” light beers. But the business was saved in 1965 by a young Stanford grad named Fritz Maytag. After learning that the makers of his favorite beer were soon to close their doors, he bought 51 percent of the historic San Francisco craft brewery, rescuing it from bankruptcy. Despite its primitive equipment and financial condition, it survived, and nearly 100 years after Gottlieb Brekle founded the brewery, Maytag began bottling Anchor Steam Beer. By 1975, Anchor had produced four other distinctive beers – Anchor Porter, Liberty Ale, Old Foghorn Barleywine Ale and the first annual Christmas Ale.

Maytag moved the operation to the current building in San Francisco’s Potrero Hill in 1979. Excellent 90-minute guided tours are available, complete with tastings. Tours encompass three floors of the brewery and include a glimpse of craft brewing traditions, San Francisco history and the story of Anchor. All tours conclude with a tasting in the taproom. Across the street is the new Anchor Public Taps, a new pilot brewery and bar where you can hang out with a beer and grab a bite from local food trucks. (anchorbrewing.com)

Based in a retired 1890s ice house, Four Peaks Brewery has helped define craft beer in the Southwest. The original home of Four Peaks in 8th Street, this Mission Revival-style brick building was transformed into a state-of-the-art brewery in 1996. In addition, the building now also serves as a quintessential neighborhood pub – the go-to spot for a locals and visitors alike.

Claiming blind ambition, dumb luck and undying thirst, a group of people obsessed with beer opened the brewery to share their passion with the community. While they create numerous varieties of beer and seasonal specialties, Kilt Lifter has always been the mainstay and is available at all times in each of the Four Peaks pubs.

One-hour tours are offered at both the original 8th Street location and the Wilson Tasting Room, which is where most of the brewing now takes place. Guests learn what goes into each pint and what makes the Four Peaks brewing process so special. The tour concludes with the sampling of the most popular brews.

In 2015, Four Peaks began partnering with Anheuser-Busch, the world’s largest brewer, to help share Four Peaks and Arizona with the rest of the world. (fourpeaks.com)

Located in the heart of the Cascadia, the Fish Tale Brewery is Olympia’s oldest Brewpub. Known simply as “The Pub,” it is the flagship of Fish Brewing Company and since 1993 has been home to tasty ales, including the award-winning Fish Tale Ales. Patrons, from first-timers to stalwart regulars, enjoy some of the freshest ales in the region.

In the beginning, the Pub and the company’s brewery were housed in the same building. With the brewery’s 1996 move to larger facilities, the Pub expanded, more than tripling its original seating. A cold-food tap room known as the Fishbowl has since transformed into a full-fledged restaurant with a menu featuring local meats, breads and produce. The Pub offers 24 taps of beer and cider such as Fish Tale Ales, Leavenworth Biers and Spire Mountain Ciders. This might seem overwhelming to first-timers, so the knowledgeable staff is available to help make the selection process a little easier. 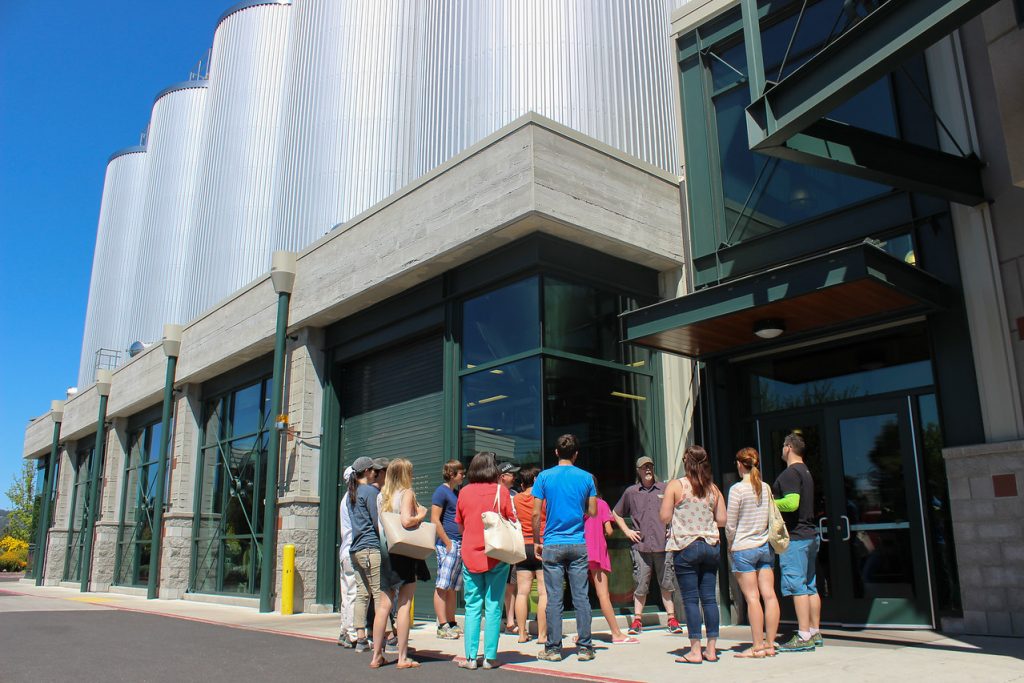 Deschutes is one of the largest craft brewers in the U.S. and has been a vibrant fixture in downtown Bend since 1988. Its success has been built on two beers: a black, beautifully balanced porter called Black Butte, and Mirror Pond, pure pale ale perfection.

In addition to 19 taps of great beer, Public House is a popular destination for delicious food served in a relaxed urban atmosphere. A talented culinary team creates classic pub food taken to the next level. Matching the same quality and handcrafted excellence, chefs embrace the brewers’ passion, creating dishes from scratch with the best possible local ingredients, many from local farmers and ranchers. Spent grain from the brewing process is used in several menu items.

The brewery offers tours called “Beerventures” for $5 per person. It is a 45-minute guided walking tour and includes two complimentary beer samples on the tour route. (deschutesbrewery.com)