Branson at the Century Mark 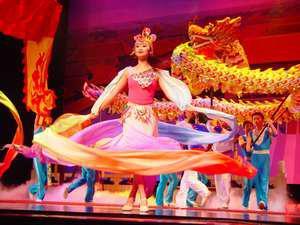 Known as the “Live Music Show Capital of the World,” Branson has been welcoming guests to the Ozarks for 100 years. With more than 50 live performance theaters, three pristine lakes, 12 championship golf courses, a theme park, dozens of attractions and museums, and a historic downtown district, plus shopping, dining and hotels for every budget, it is a long-time favorite with tour groups. This year marks Branson’s 100th birthday and in celebration, 100 Days with 100 Ways to Celebrate will take place April through July to show groups a good time and ignite spirit and hope for the next century.

Early settlers were lured by the beauty of the Ozarks and outdoor recreational activities. Branson was incorporated as a town on April 1, 1912, but the history goes back more than a half century before that. The first family attraction to draw visitors was Marvel Cave, described by geologists in the 1860s and explored in the 1880s by adventurers who lowered themselves on ropes 200 feet into the main chamber.