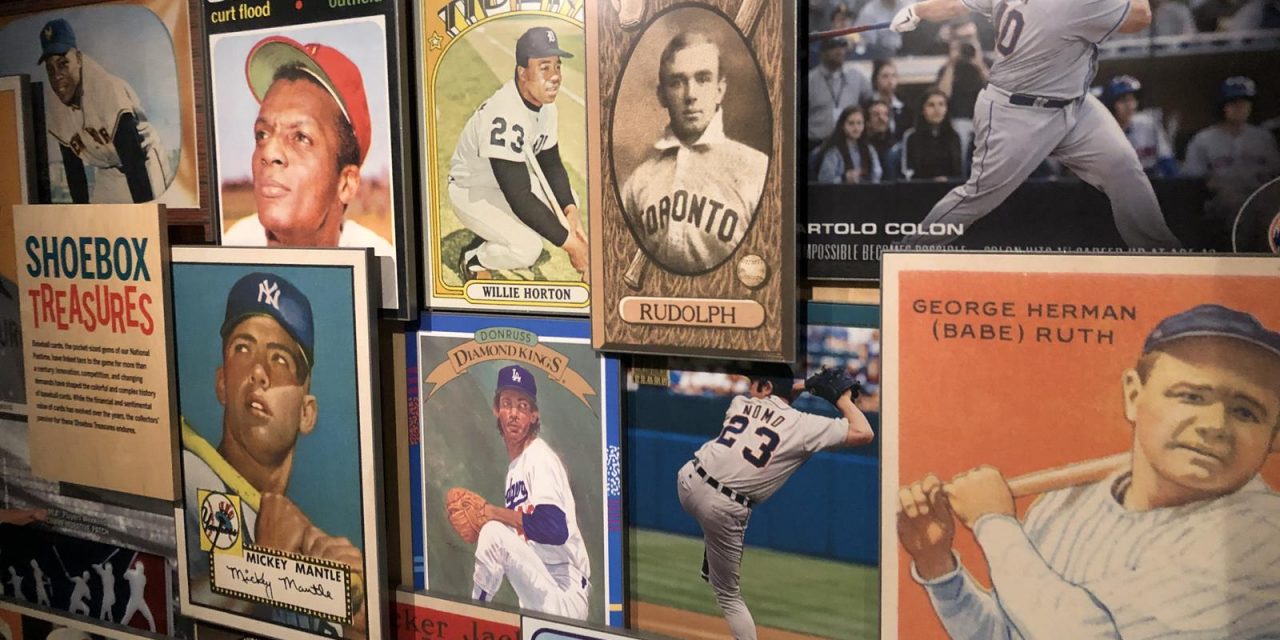 The hobby of collecting baseball cards is the focus of Shoebox Treasures, the newest permanent exhibit at the National Baseball Hall of Fame in Cooperstown. The interactive exhibit explores the history of trading cards, traces how the design of cards has evolved over the years and takes a deep dive into the passion behind collecting cards. One section is devoted to “error cards”—those that featured reversed photos, misspelled names or even incorrectly identified players. On display in “The Cards Your Mother Threw Away” are vertical files featuring more than 2,000 cards, which represents a mere one percent of the cards in the Hall of Fame’s collection. One station lets visitors pose for their own baseball card photo and email themselves a series of cards. The journey concludes with the “Holy Grails,” 10 cards that are among the rarest and most sought-after in the industry’s 140-year history. They include Honus Wagner’s famed T206 card from 1909, Babe Ruth’s 1916 Red Sox rookie card from the Sporting News, a 1949 Leaf Jackie Robinson card and a 1952 Topps Mickey Mantle card. (baseballhall.org)