Jeff Gayduk: I received the announcement on the 2015 Heritage Peer Group Conference and was excited to see it’s in Charleston, West Virginia. What drove you to Charleston?

Ted Nelson: West Virginia is a great destination and they’ve been a good partner in the travel industry for a long time. I happened to be in Charleston on business and stopped in to visit with the Charleston CVB and the state office of tourism. The city was very excited and they immediately wanted to be part of it. They made it work with the hotel—we are at a beautiful Marriott hotel right downtown and really couldn’t be happier. It’s a beautiful spot.

JG: What’s in store for delegates when they come to Charleston? Anything special you’ve planned?

TN: Charleston is the capital and it’s one of these cities you can walk around very easily. It sits right on a river, there’s historic architecture and shopping right downtown. I think our members will look at it as a new destination to plan group travel.

The pre-fam tour is visiting different parts of the state including Lewisburg, Beckley and The Greenbrier, which is a WV icon. We’ll also see the Exhibition Coal Mine and the Tamarack collection. We get very high participation on our pre-fam tour, usually around 40 bankers.

JG: Let’s talk a little bit about the evolution of Heritage Clubs International and the conference over the last few years. What have you done to improve the quality of programming? 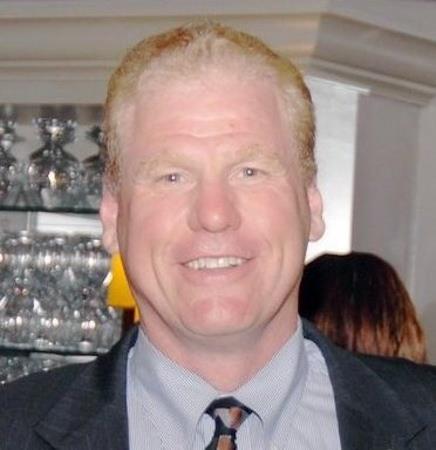 TN: In the early days of Heritage Clubs there would be maybe three or four educational programs during that conference. Now we have seven educational seminars that take place just for bankers during the conference. We also have a Fall Forum, which is a meeting that we hold in November with a particular educational topic and a professional speaker. We have created a certification program, so that bankers can now participate in the only certification program for bank club directors in the United States. This is a program that allows bankers to earn certification that is monitored by the Northeast Iowa Community College in conjunction with Heritage Clubs.

JG: And how many members have gone through that program thus far?

JG: From the banker’s standpoint you’ve put a lot more focus on education. What about from a supplier’s perspective, what’s their motivation to get involved in Heritage?

TN: Our Heritage Partners have always had a pretty good opportunity to meet all of our bankers during the four-day conference and there’s a fairly equal number of bankers to partners. But what’s made the last couple of years remarkable is that we have set up the process for bankers and partners to actually have appointments. We now have an expo that takes place over two days in which every single banker will meet every single partner. So, unlike most travel conferences, Partners will no longer go home having met with only a small percentage of Bankers.  At Heritage Clubs, you will have an appointment with every single one of them.

JG: Give me your perspective on where you think the industry is right now.

TN: Many of the banks that are traveling continue to travel at the same level they have in the past. That is, they are still traveling at a higher end, wanting to have great experiences, and they’re still traveling as a group and not as much in the independent market, although Heritage Clubs is working hard to introduce small group travel to our banks.

They are always concerned about retaining customer deposits, so they tend to be very careful about who they work with and what product they’re buying. But what has changed is that there’s been a lot of mergers and acquisitions in the banking industry, so whereas 15 years ago we had about 10,000 community banks across the country, we now have about 7,000.

The reason for a bank loyalty program is in order to build cash deposits. It’s why it’s attractive to the senior market—they’re the customers who have cash. And when a bank is in need of cash, the bank club becomes a very valuable part of the bank. During a time like now when banks have a lot of cash, some don’t invest in their clubs as much.

JG: Do you believe that the buoying of interest rates could see a resurgence in the participation level in existing bank clubs, or perhaps even the formation of new ones?

TN: Prognosticators say we’re coming out of that (low interest rate) cycle now. So I think that you’ll find the participation levels rising. At the same time, in many businesses today, people are being more and more careful. So they’re going to be careful about where they choose to spend resources, and we think we’re a very valuable investment. There’s so much education at Heritage Clubs, and bankers have the ability to meet all of their peers very easily. Heritage Clubs is made up of banks that are noncompeting, so that they are in an environment where they are not worried about the bank across the street learning trade secrets or marketing ideas. This encourages them to work together on a lot of good marketing programs.

JG: You mentioned working together—does that extend to actual trips? Are banks partnering to fill destinations that might be a challenge for a smaller bank in a small community to do on their own?

TN: Absolutely. Probably 70 percent of all of the big group trips they offer involve more than one bank taking that trip. The idea that a single bank is getting 40 customers to go does not happen nearly as much as it used to. So it’s very common to have multiple banks in on departures.

JG: Looking toward the future of Heritage Clubs International, as well as the bank loyalty club market in general, where do you foresee the industry going? Where’s the beacon of light?

TN: Well, I think quite frankly, we’re the beacon of light. There is no other place to go in the United States where a bank will know that the No. 1 priority of their organization is their bank club. We help educate them, provide valuable resources and help make sure that they’re successful. We go to great lengths with our best practices (that we’ve developed in all sorts of fields) that will allow them to take home a document in which they can be successful solving whatever the problem might be within their own bank or club, such as: How to price out their own tours for profit; How to report to senior management to prove the club’s value; How to survey members, whether it’s about travel or about banking issues. We have created tips and best practices for handling emergencies while the bankers are out on tour. We probably have a library of 20 or 25 of them developed now.

Heritage Clubs is the only organization that is devoted exclusively to bank clubs. Bank clubs are a very unique market and deserve 100% focus at their own annual conference as well as all year long.  Bank clubs do not operate the same as senior citizen centers, or faith-based groups, or chambers of commerce, or alumni associations. Banking is unique, and we are all about bankers.
Details on the Heritage Clubs International Peer Group Conference, set for March 9-13, 2015, are available at www.heritageclubs.com;  phone: 877- 881-0229.