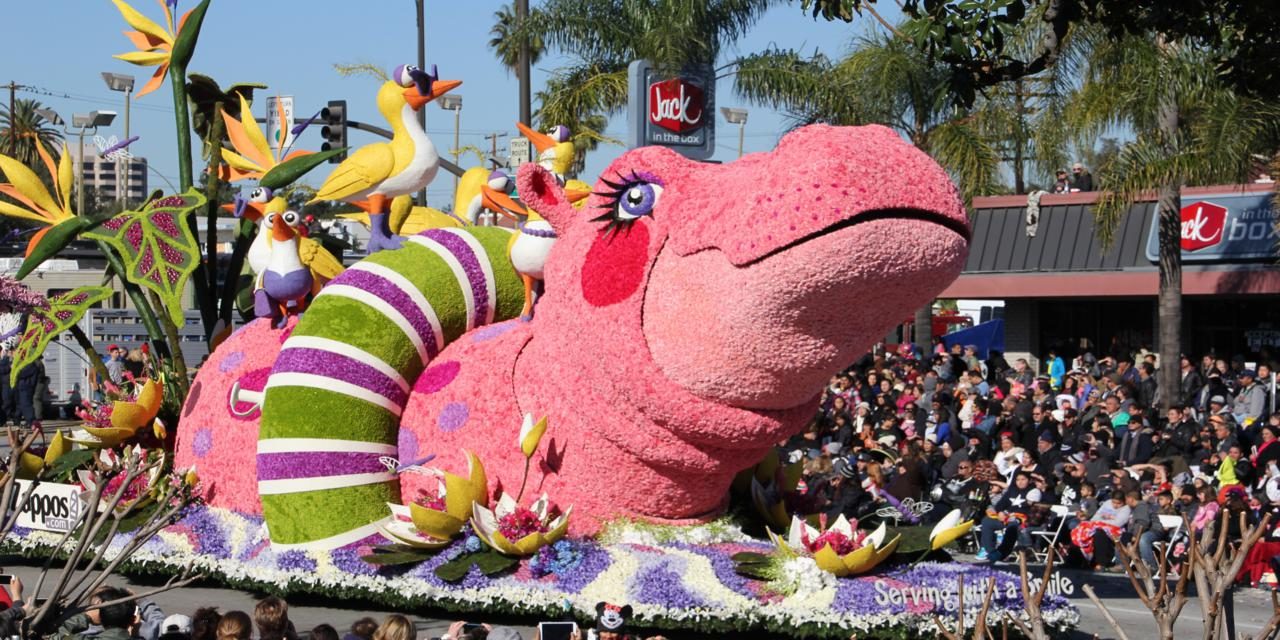 Get the year off to a festive start with a tour package built around the Tournament of Roses Parade, a Southern California original

Saluting community spirit and love of pageantry, the Tournament of Roses Parade has been a New Year’s greeting to the world from Pasadena, California for as long as any of us can remem-ber. Unequaled anywhere else on the planet, the color-splashed spectacle will mark its 128th year in 2017. More than 935 volunteers spend some 80,000 hours getting ready for the big event. 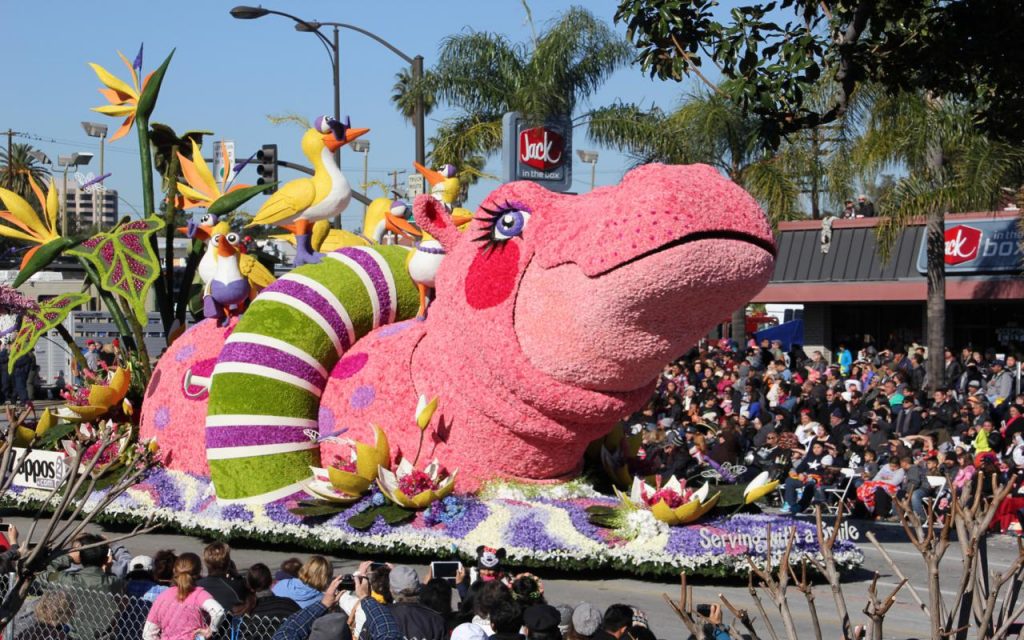 This time around, the parade will take place on Jan. 2 because Jan. 1 is on a Sunday. In 1893, a “Never on Sunday” protocol was initiated. Back in the day, they avoided holding the Rose Parade on Sundays to avoid scaring the horses that were tethered outside of churches on the parade route. Now moving the date to Jan. 2 is more about tradition.

Experiencing this unrivaled New Year’s celebration in person is on the bucket list of many travelers. With over one million people attending the parade, joining a well-organized group tour is by far the best way to go. And there are many professional tour operators offering a variety of options. There is truly something for everyone.

Of course, the highlight of any tour itinerary is the two-hour parade featuring magnificent floral floats, talented marching bands and high-stepping equestrians. The 5½-mile route begins at the corner of Green Street and Orange in Pasadena with the majority of parade viewing taking place on Colorado Boulevard. The parade starts at 8 a.m. and passes the last public viewing area near Sierra Madre Boulevard and Villa Street about 2½ hours later.

The theme of the 2017 Parade is “Echoes of Success,” depicting how character develops through selfless contributions to society. It is a celebration honoring people, institutions and organizations – such as family, teachers, friends, coaches and hospital volunteers – that lend a hand in helping others reach their goals. 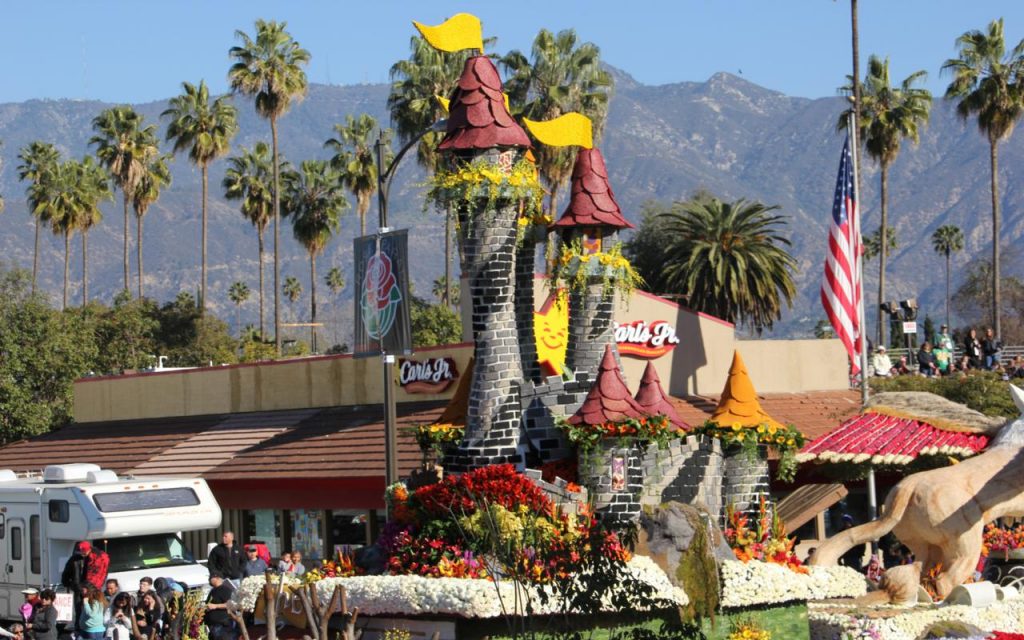 For a more hands-on experience, visitors this year can volunteer to help put the finishing touches on the floats from Dec. 27-31. During the final stages of preparation, a variety of seeds, bark, fruits and vegetables, grasses and flowers must be applied to the floats by experienced professionals with the help of volunteers. This is a great way to see the floats up close without fighting the crowds. The earlier shifts tend to be better as the latter slots often find that most of the work has been completed.

Your group can also view the floats prior to or after the parade. Before the parade, viewing locations are the Rosemont and Brookside Pavilions near Rose Bowl Stadium and at the Rose Palace in downtown Pasadena. Lines can get very long if not traveling in a group. A limited number of timed-entry group tickets are available.

All three of the above options provide for much better pictures than those taken at the parade. 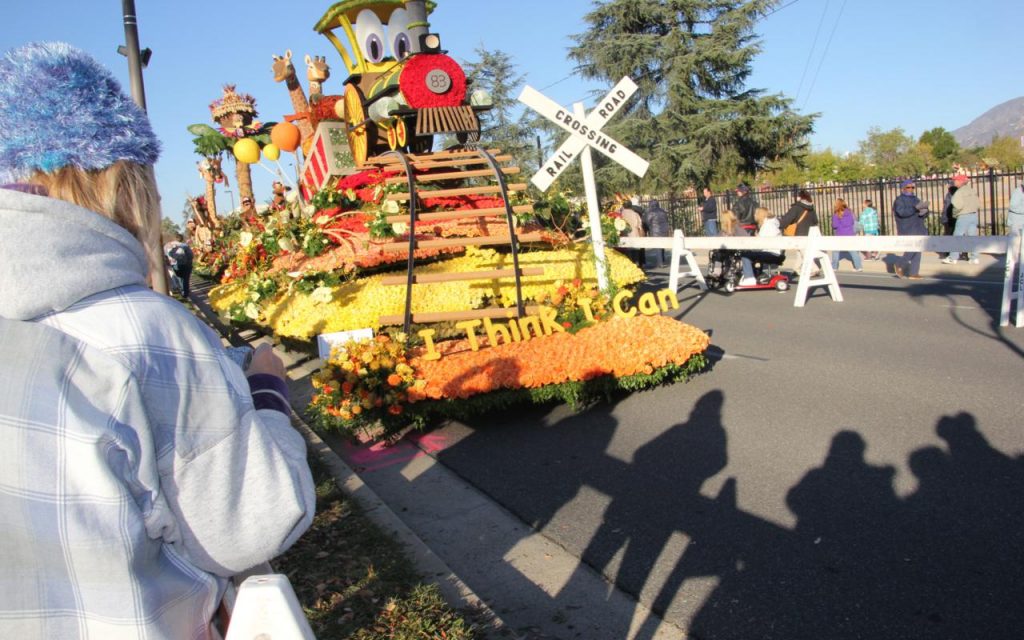 The floats are judged and prizes are awarded. Judges evaluate the floats based on creative design, floral craftsmanship, artistic merit, computerized animation, thematic interpretation, floral and color presentation, and dramatic impact. Banners for each winning float precede the float, alerting viewers of their award.

A private New Year’s Eve party is another tour inclusion most companies offer. Main Street Tours’ package features dining, dancing and a fun casino night. Some offer an East Coast New Year’s Party, with a toast at 9 p.m. as the ball drops in New York on the big-screen TV. Because it’s up early the next day!

Another option is combining the parade with a cruise for a “Boats and Floats” option. This can only be done when parade day coincides with the cruise departure. In 2017, the Carnival Inspiration sets sail the afternoon of Jan. 2 – so guests go from the parade to the cruise dock and end their vacation with a relaxing cruise. 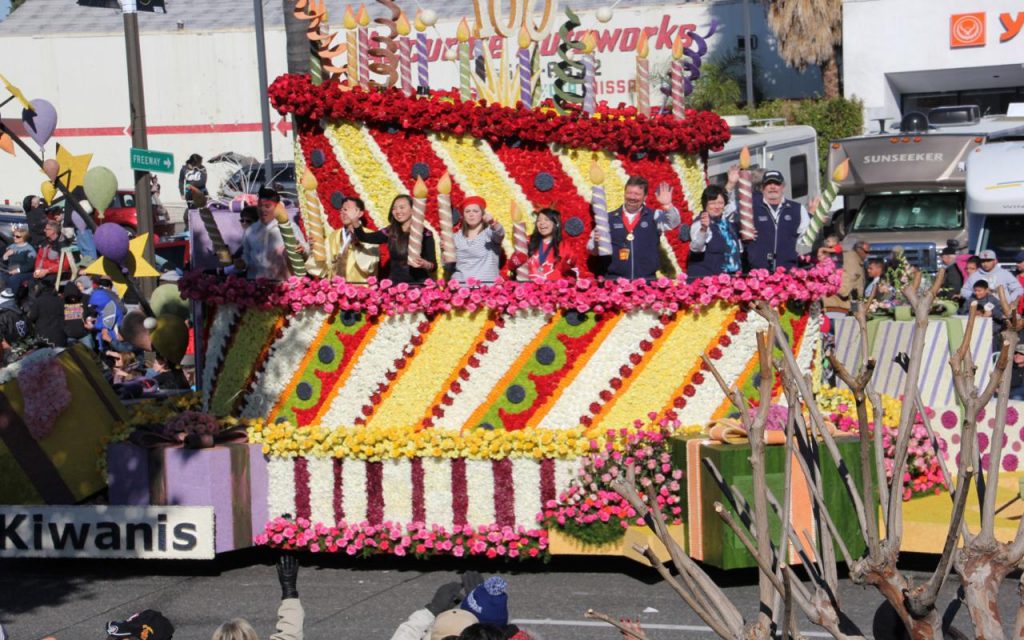 So many choices! So which one fits your travelers? Main Street Tours offers one of the most inclusive and flexible Rose Parade tours available. Guests have two days where they have their choice of what they would like to do (these are not optionals with an additional cost – they are included in the package). Choices include everything from Catalina Island and Universal Studios to the Ronald Reagan Presidential Library, Warner Bros. Studios, the Queen Mary and the Aquarium of the Pacific, and the new OUE Skyspace observation deck in downtown Los Angeles.

Regardless of the option your group chooses, here are some parade tips: