As the flagship of a series of contemporary riverboats being introduced by American Cruise Lines, the American Song has new features. One is the Atrium, which serves as a central gathering point. The four-story, glass-enclosed area includes a large domed skylight. The observation lounges on the American Song soar 40 feet above the water, offering phenomenal views for guests to enjoy. She boasts three times more glass than any other riverboat. 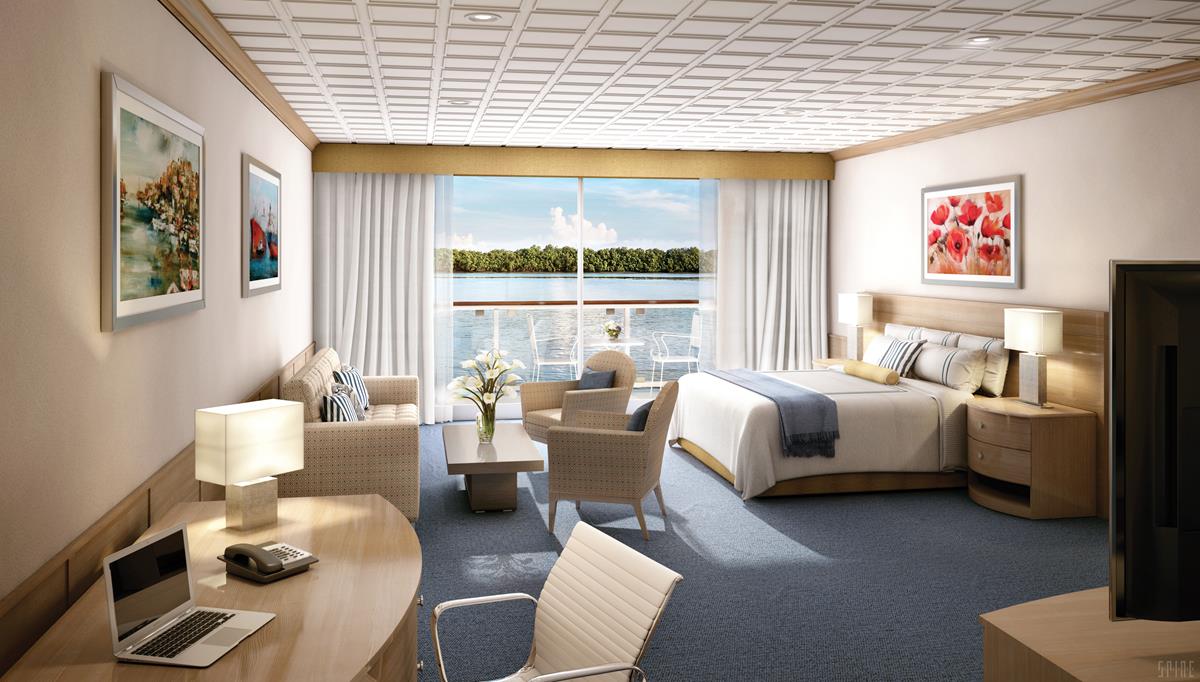 The American Song has new suite designs, and this includes the new Grand Suites. At 900 square feet, these suites include two glass walls and a wraparound private balcony. Besides Grand Suites, the American Song has Owners Suites and Veranda Suites. All accommodations, including the Single staterooms, have private balconies with sliding glass doors. Stateroom service is offered twice daily. Hotel-size bathrooms include a full set of amenities. 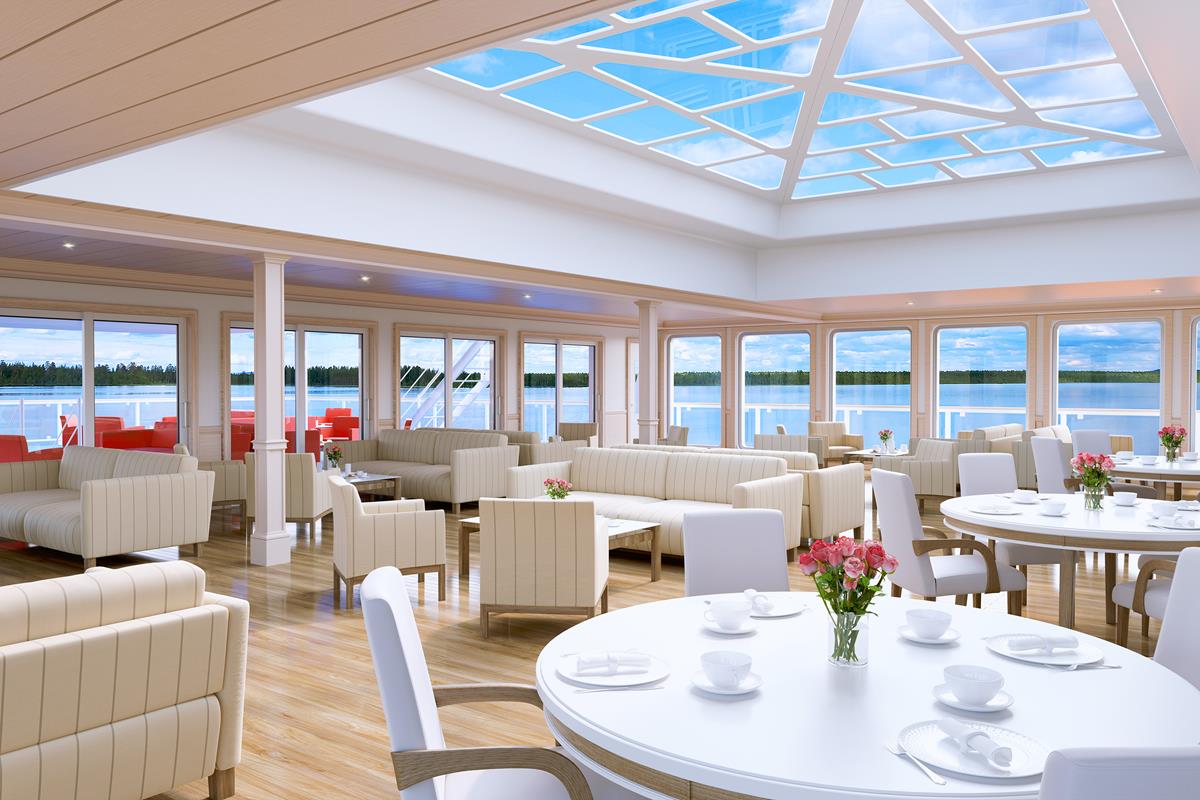 The Sky Lounge and Main Lounge are located on the 4th Deck, and there are other lounges on the 2nd Deck. The top deck has a putting green and shuffleboard. The open-seating Grand Dining room accommodates all guests at one time. Each evening before dinner there is a complimentary cocktail hour with hors d’ouevres. Evening entertainment focuses on music and history. Onboard historians and naturalists give lectures. Complimentary Wi-Fi is available.

Featured shore excursions at each port are included in the cruise. On the American Song’s inaugural sailing in October, for instance, guests were treated to a private concert at the J.N. Stone House in Natchez, Mississippi; a tour of the USS Kidd in Baton Rouge; and a guided visit to Oak Alley Plantation in Vacherie, Louisiana. In addition to shore excursions, guests have free time to walk around the charming, historic towns the American Song visits on the Lower Mississippi.

The American Song’s sister ship, the American Harmony, will be joining the fleet in spring 2019 and sail on the Mississippi. The American Song will then reposition to the West Coast, where she’ll be offering Columbia and Snake river cruises.

The American Song is the 10th ship in American Cruise Lines’ fleet of small ships, and the first of the company’s modern riverboats. When the American Harmony debuts in 2019, she’ll be the second modern riverboat in the line’s five-ship series.

American Cruise Lines provides complimentary pre-cruise packages on sailings that originate from Memphis or New Orleans. This gives guests a chance to arrive early and relax, eliminating some of the stress of traveling. 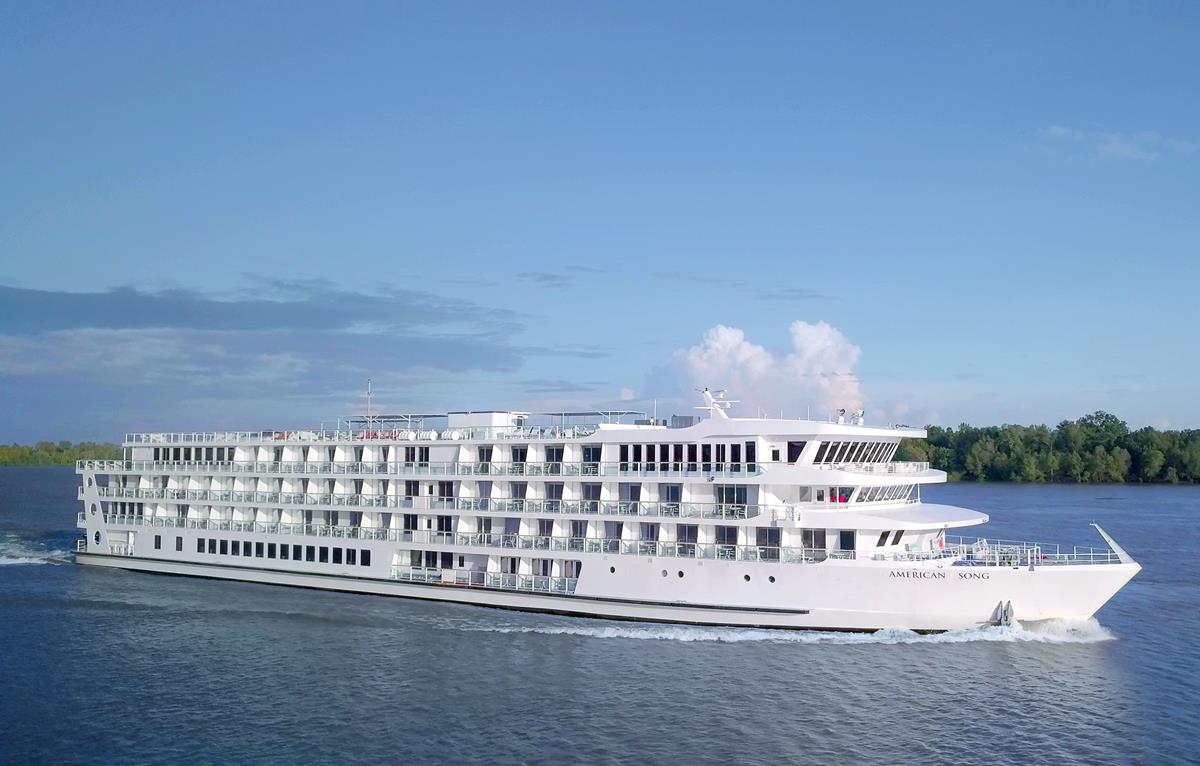 American Cruise Lines provides “All-American Experiences” for their guests. The American-built, -flagged and -crewed ships offer over 35 different itineraries to over 25 states. In addition to the new modern riverboats, the fleet includes coastal cruise ships and authentic paddlewheelers. Cruises are five to 22 days in length. Offered are cruises on the inland and coastal waterways of New England, the Mississippi River system, Alaska, the Southeast and Pacific Northwest. American Cruise Lines provides diverse options for groups.