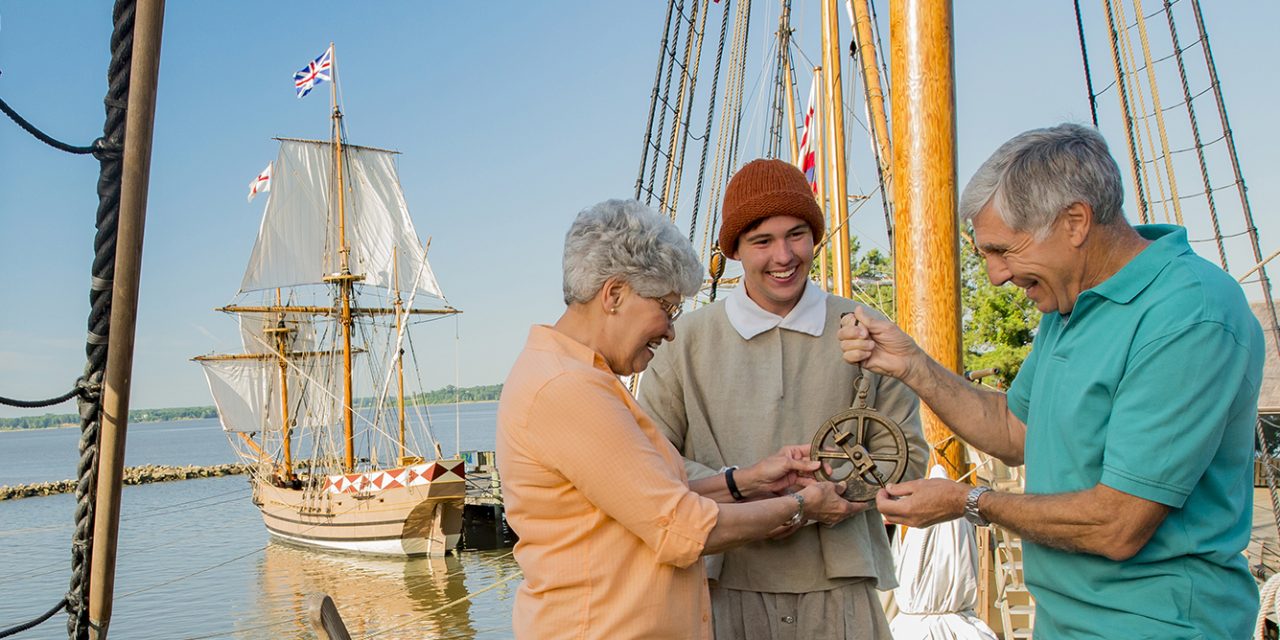 Just 12 years after Jamestown, North America’s first English colony, was established in 1607, several important events occurred in Virginia. Each was significant in the development of the colony and the founding of the United States. These milestones are being remembered in American Evolution, a 2019 celebration with special museum exhibitions and other observances.

The Virginia Company of 1606 was chartered with the objective of establishing settlements on the coast of North America. It was empowered by the English crown to govern itself. By 1618 a group within the Virginia Company was granted a series of reforms resulting in what would be known as the Great Charter.

A governor was selected to begin serving a term in 1619 and granted authority to select two representatives from each of the 11 settlements. From July 30 through August 4 they met in Jamestown. Although the governor maintained veto power over legislation and could dissolve the General Assembly, this was the first representative legislative assembly in the New World. 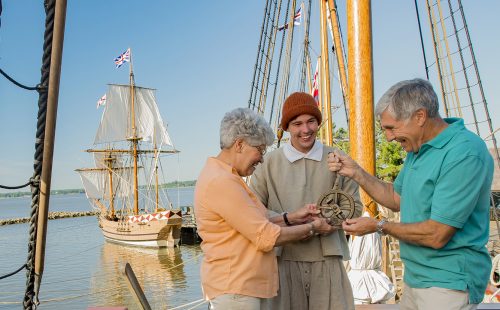 Virginia is gearing up for commemorations of major historical events to be celebrated in 2019.

In observance of this milestone, the National Park Service and its Jamestown Rediscovery archaeology unit will present programs and exhibitions tied to the theme “Jamestown Island: Democracy & Diversity” from April 1, 2019, to September 30, 2019, at Jamestown Settlement. The focus will be on the establishment of representative government and rule of law, protections for private property,
and sustained encounters among different peoples – Native Americans, Europeans, and Africans – who first came together at Jamestown. Public archaeology tours will showcase the remains of Historic Jamestowne’s 1617 Memorial Church, where the first General Assembly was held. On July 30, 2019, Jamestown Settlement will hold a ceremony commemorating the 400th anniversary of the assembly’s founding.

August 1619 saw an English privateer vessel arrive near what is now Hampton. The 20 Angolan Africans were traded to colonial officials as indentured servants for provisions. With labor-intensive tobacco being the largest commercial crop, the arrival of the first recorded Africans to English North America was crucial to the economic success of the colonies, and blacks have been central to debates about America’s national identity ever since. From June 1, 2019, to December 31, 2019, the Virginia Museum of History & Culture in Richmond will host the exhibition After 1619: The Legacy of Africans in America.

The men of Jamestown colony had faced severe hardships since their arrival. The Virginia Company realized that the addition of women would be absolutely necessary to stabilize the colony and have a productive, permanent society. The recruitment of English women in significant numbers materialized in November 1619 with the arrival of 147 women.

The exhibition Tenacity: Women in Jamestown and Early Virginia Special Exhibition will run from November 10, 2018 through January 5, 2020, at Jamestown Settlement.

Thirty-eight colonists at the Berkeley Hundred settlement celebrated the first official English Thanksgiving in North America on December 4, 1619. Captain John Woodlief led the ceremony of Thanksgiving, declaring that it “…shall be yearly and perpetually kept holy as a day of thanksgiving…” The Virginia Thanksgiving Festival at Berkeley Plantation annually marks this event (November 4, 2018) with a day dedicated to history, food and fun, including tours of the 1726 manor house.

The Virginia Company from its inception was an example of entrepreneurialism. Laws were passed in 1619 allowing and encouraging colonists to experiment with cloth and silk and other industries. The entrepreneurial and innovative spirit of the Virginia colony was the beginning of America’s free enterprise system. Related events in 2019 include the exhibition The New Virginians: 1619-2019 and Beyond at the Library of Virginia in Richmond. It explores the impact of immigration and the experiences of immigrants in Virginia.