A Treasured Tradition: Christmas Time With the Rockettes 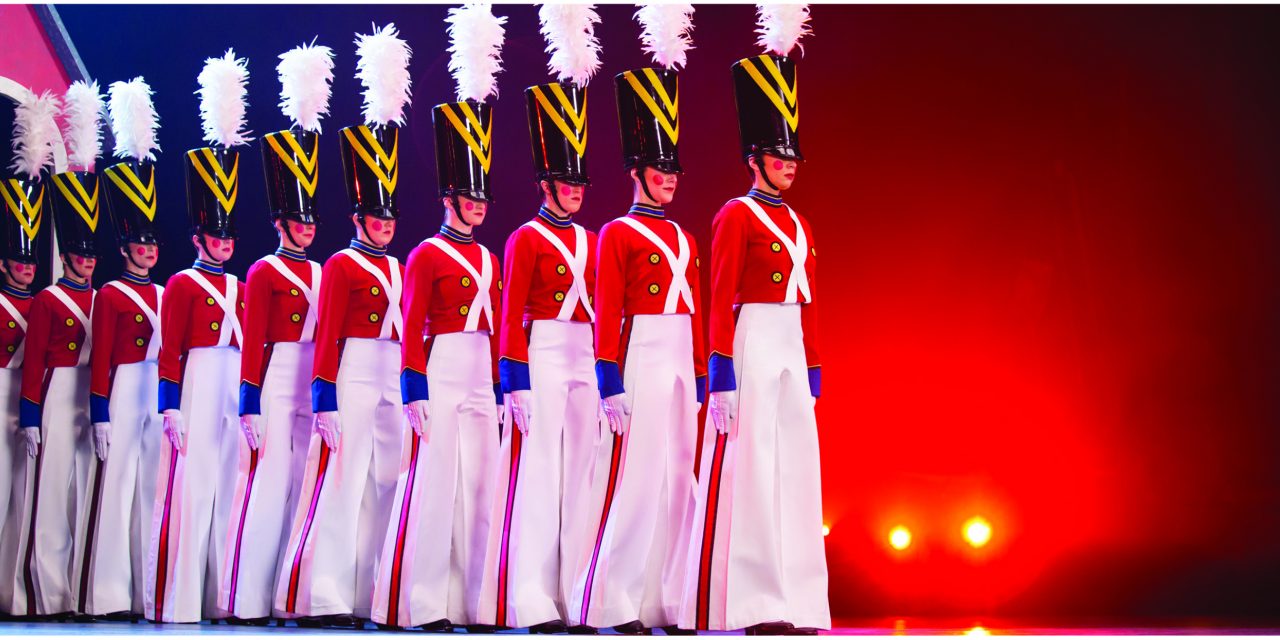 New York City’s favorite celebration returns for the 2021 holiday season as the Christmas Spectacular starring the Radio City Rockettes will make the holidays at Radio City Music Hall as magical as ever. Tickets are on sale now.

For almost a century, the Rockettes have been American icons. They have appeared at Radio City Music Hall in hundreds of stage spectaculars, and have participated in many historic and memorable events, like joining the USO and traveling abroad to entertain the troops. The Christmas Spectacular has been a treasured holiday tradition since it first debuted on December 21, 1933. Back then, the show only ran 30 minutes, but still included elaborate sets, intricate costumes and, of course, the Rockettes. It captured the country’s heart from that first high kick and has evolved into a 90-minute extravaganza that has drawn hundreds of thousands of visitors to Radio City Music Hall.

The Christmas Spectacular consists of 150 cast members, including the Rockettes, singers, dancers, musicians, figure skaters and more. These performers take part in several different routines, from the opening “Sleigh Ride,” where the Rockettes carry Santa’s sleigh across the stage, to the spirited tap routine “Rag Dolls,” filled with whimsical costumes and impressive dance moves. Despite its transformation through the years, the Christmas Spectacular has maintained two of its most iconic numbers: “The Parade of the Wooden Soldiers” and “Living Nativity.” These are favorites of audience members across the country.

Perhaps the most special part of the show that brings huge smiles to fans of all ages is the Rockettes’ dazzling dance moves. From the harmonized soldier marching to the bubbly Reindeer knee pops, the Rockettes transport guests to a magical world through their rhythmic motions that dazzle those in attendance at the fabled Radio City Music Hall. The theater, completed in 1932, sits in Rockefeller Center and is one of the must-see destinations for visitors coming to New York City. When it was designed during the Great Depression, the idea was to make it a theater for the people, a place where they could enjoy grand performances at an affordable cost. To this day, Radio City is known as the “Showplace of the Nation,” bringing over 300 million people through its doors for films, concerts, theater performances and special events.

Travel groups wanting to attend the Christmas Spectacular can enjoy special perks. If you have a group of nine or more, you can enjoy pre-sale purchase opportunities, ticket discounts, blocks of seats so you can all sit together and a dedicated sales representative for all your needs. The Madison Square Garden Group, which operates Radio City Music Hall, is happy to assist with planning any group outing to the Christmas Spectacular.

The 2021-22 production will run from November 5 until January 2. If you’re planning a group outing, contact the Madison Square Garden Tour & Travel Sales Department, who supports Radio City Music Hall, for help plan your outing. If you are traveling with a group of 10 or more, ask about special perks you could be eligible for. The MSG Tour & Travel Sales Department can be reached at 212-465-6055 or TourismSales@msg.com. For more information, visit: rockettes.com/ptm. Planning your trip will be easy, allowing you to sit back in amazement as the Rockettes capture the Christmas spirit.