A Nibble or a Feast of New England Fare

When someone asks you to write about the food in the six New England states, you hesitate. Why? Because you know the breadth and depth of the food types and culinary experiences they have to offer.

Depending upon your groups’ focus and preferences, tours in each of these states can be designed around food fun/education (visiting manufacturers, try-it-yourself food programs); experiences (demos, hands-on, tastings); or just eating the best in every category (pizza, desserts or ethnic specialties, for example). Possibilities abound.

New England, being small in area but big in influence, has foods that are well loved and widely known. So as to give each state its “just desserts” (pardon the pun), I have chosen to focus on one aspect of each state’s specialties. The intention is to give you a flavor (a pun again, I know), an experience, an education and a taste to spur your desire into learning more.

Some might choose to highlight the obvious Connecticut fare that the state is known for (clam pie, steamed burgers or Pez candy), but we will look at a different Connecticut food and a natural resource…oysters. Blue Point oysters to be exact.

Oysters have been a popular food in Connecticut since colonial times, with oyster beds dating even further back thousands of years. Norwalk has an annual oyster festival each September, which, if you are an oyster fan, is a must-do event.

There are many ways to cook oysters, and local restaurants do not disappoint. Stay close to where the oysters are being farmed in Norwalk, and you will have great luck with restaurants there.

Better yet, understand the oyster first so you can decide how you’d like to have it cooked.

You can see and learn about oyster farming, processing and more by going on a boat excursion with the crew. Interested? There are only two outfits currently offering such an experience in the area, one being new to the game with regularly scheduled tours, and another one that does charters. Not sure which is the right fit for your group? Check out one of the many resources that can help: tour receptive or destination management companies, visitors bureaus, chambers of commerce and the like. 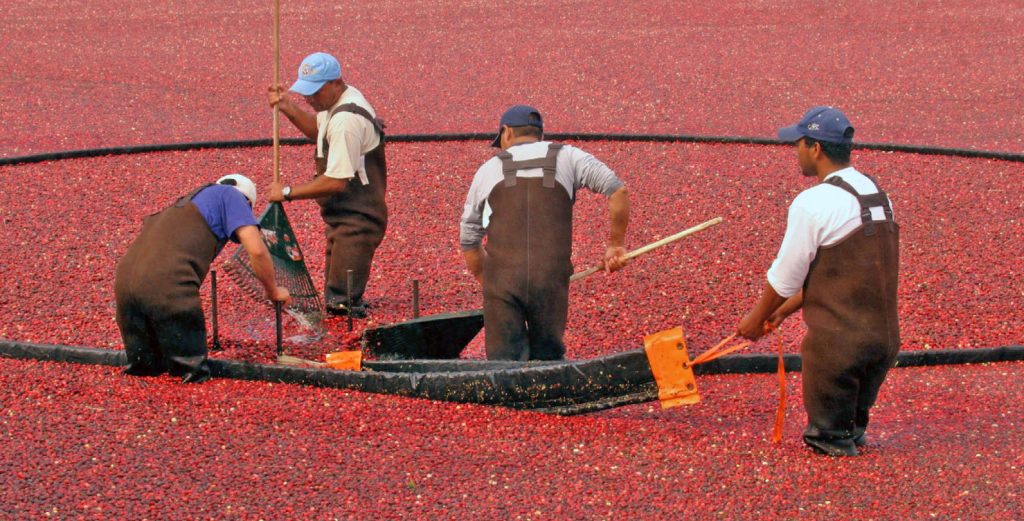 Massachusetts is known for many things: its history, cultural diversity and love for its sports teams, just to name a few.When it comes to food, many will mention Massachusetts’ seafood (steamers, scrod, clam chowder), its passion for ice cream, Boston baked beans, cranberries or Boston cream pie.

How do you decide, in a state filled with possibilities, where to focus? Well, the solution is easy. Take a food tour. Pick a food type, a culture (Portuguese, Irish, Polish or Chinese) or go for a particular bent on food (manufacturers or women-owned businesses) and off you go. Boston has several really good local food tour companies that are ready to serve your groups. 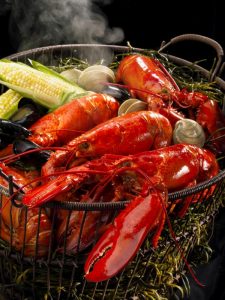 When you think Maine, you think lobster, right? Me, too. While Maine has other specialty food claims, like blueberries and whoopee pies, let’s focus on lobster.

Restaurants in Maine have figured out every which way to cook and serve lobster. Boil, bake, grill, broil or steam it, put it in rolls, pies or casseroles. Sauces can include butter, mayonnaise mixes and herb mixes. It can be breaded or served plain. There are roadside stands, shacks, grocers and elegant sit-down restaurants. No matter where you end up, you’ll need lots of napkins!

A favorite activity in Maine is a lobstering experience. Tour companies in many coastal towns take curious visitors out in boats to witness lobster trapping up close.

New Hampshire sometimes gets overlooked as a food state worth visiting. Yet the Granite State has many noteworthy foods and restaurants. As in most New England states, there are maple trees, blueberries, seafood and wild game. So what in New Hampshire makes it special? Apples! The state has an abundance of orchards and takes its apples seriously.

Whether it is a specific variety of apple you crave, cold or hot, hard or not, apple cider or apple wine, or an apple cider donut, you have come to the right state.

During the fall, many orchards have harvest festivals, corn mazes, horse-drawn rides and u-pick apples. Some have apple presses where you can watch cider being made.Ask a native, and each will have a favorite orchard to visit.

Packed into this tiny state are several treats that Rhode Island claims as its own: coffee milk, Hermit cookies, Dels lemonade and jonnycakes, just to name a few.You are likely to find these treats anywhere you go in the state, but, instead of focusing on a specific food, let’s focus on one area: Providence.

The state capital has become a food mecca. Some of the credit for this culinary explosion is given to Johnson and Wales, one of the nation’s top chef schools, with more than 7,000 students. Providence is home to its main campus. You can imagine how the Providence food scene prospers with the presence of this iconic school.

Downtown Providence is abuzz with restaurants where students train and new chefs introduce their concepts. Restaurants have remained for decades because the food is just that good. Group food experiences can include interaction with the culinary school, demos or hands-on programs.

You’ve seen many Vermont products on grocery-store shelves, including Ben and Jerry’s ice cream, Cabot cheeses and that liquid gold that Mother Nature has provided—maple syrup.

Vermont has maple trees and maple syrup wherever you turn. If you have never experienced a sugarhouse, it will blow you away that 40 gallons of maple sap makes just one gallon of maple syrup. Even more interesting is the process that gets you there, so a visit to a sugarhouse is highly recommended. Some have family storytellers with generations of history to share (in 15 minutes or less). You might be able to sample “sugar on snow” (a special local treat), maple cream butter or maple sugar crystals on a maple cremee (a maple-infused ice cream). Most sugarhouses have gift shops and provide a wonderful range of products from other local purveyors.