A Cherished Tradition: Christmas Time with the Rockettes 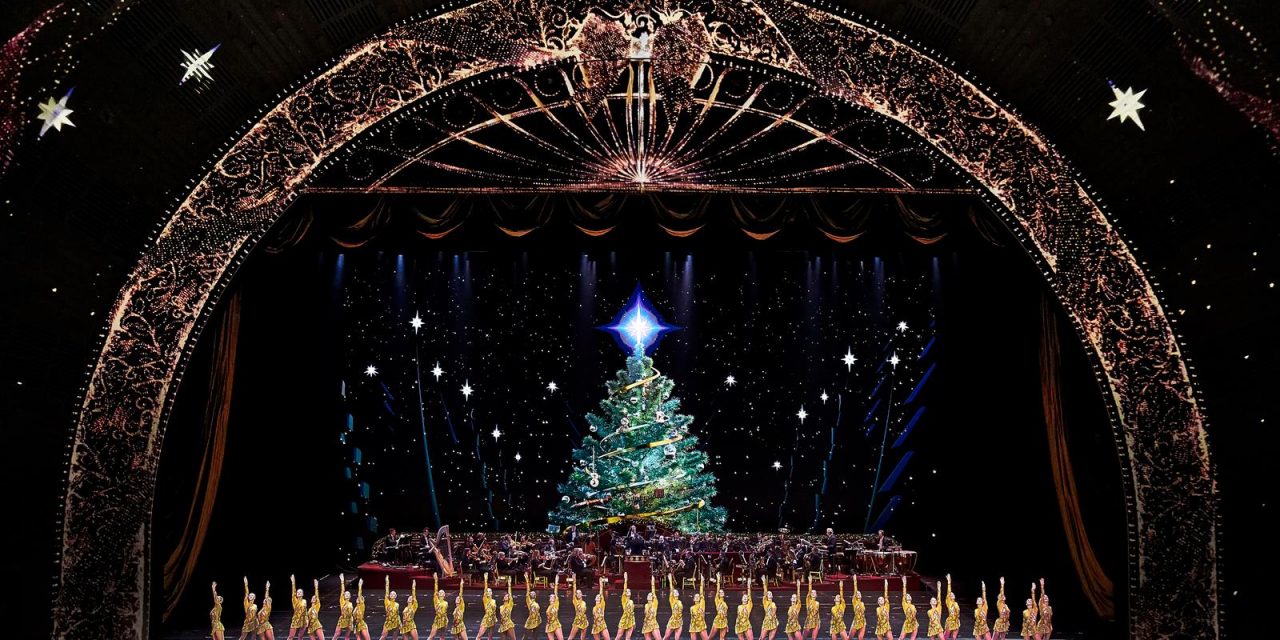 The Spirit of the Holidays is Alive and Kicking with the Christmas Spectacular Starring the Radio City Rockettes.

Dashes of red and green spin across the stage signifying the start of the annual Christmas Spectacular Starring the Radio City Rockettes® presented by Chase at Radio City Music Hall® in New York City. The colors beautifully coincide with the display of holiday imagery above the famous precision dance troupe, the Radio City Rockettes®. Since the first Christmas Spectacular in December of 1933, the show has become a New York Christmas tradition, attracting hundreds of thousands of visitors to the historic venue each year.

The Christmas Spectacular has greatly evolved since its grand opening. It has transformed from a 30-minute show to the 90-minute performance it is today, consisting of 150 cast members, including the Rockettes, singers, dancers, musicians and more. The performers partake in many routines to make this show possible. “Sleigh Ride,” the opening routine, kicks off with the Rockettes carrying Santa’s sleigh across the stage to their tap routine “12 Days of Christmas.” Guests are immediately fascinated by the dancers’ dramatic, clear-cut movements under their whimsical costumes. 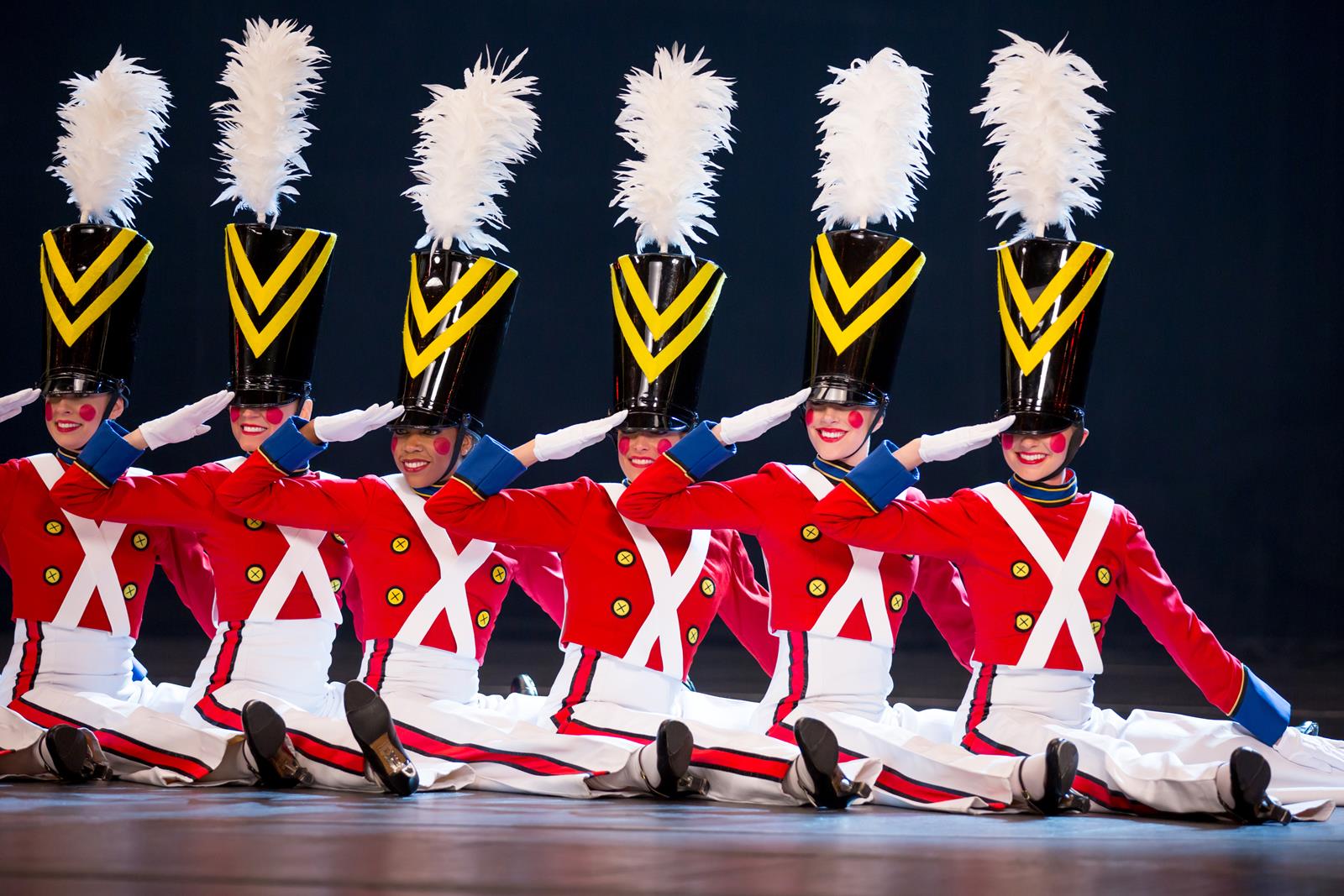 In “New York at Christmas,” the show features a double-decker bus carrying the Rockettes through Manhattan before entering Central Park. The park includes an ice rink where two ice skaters glide through their intricate routine.

Two iconic performances have survived every transformation the Christmas Spectacular has undergone over the years. These numbers are “The Parade of the Wooden Soldiers” and “Living Nativity.” From their seats, guests appreciate the intricate details that go into these scenes. The soldier uniforms have remained loyal to their original roots, staying practically unchanged. The red cheeks that seemingly pop off the dancers’ cheeks aren’t makeup, but red felt circles which

the wardrobe staff goes through more than 30,000 of every single season. It should come as no surprise from the name “Living Nativity” that the animals accompanying the dancers are, in fact, living. The real camels, donkeys and sheep help bring the story of Jesus’ birth to life. 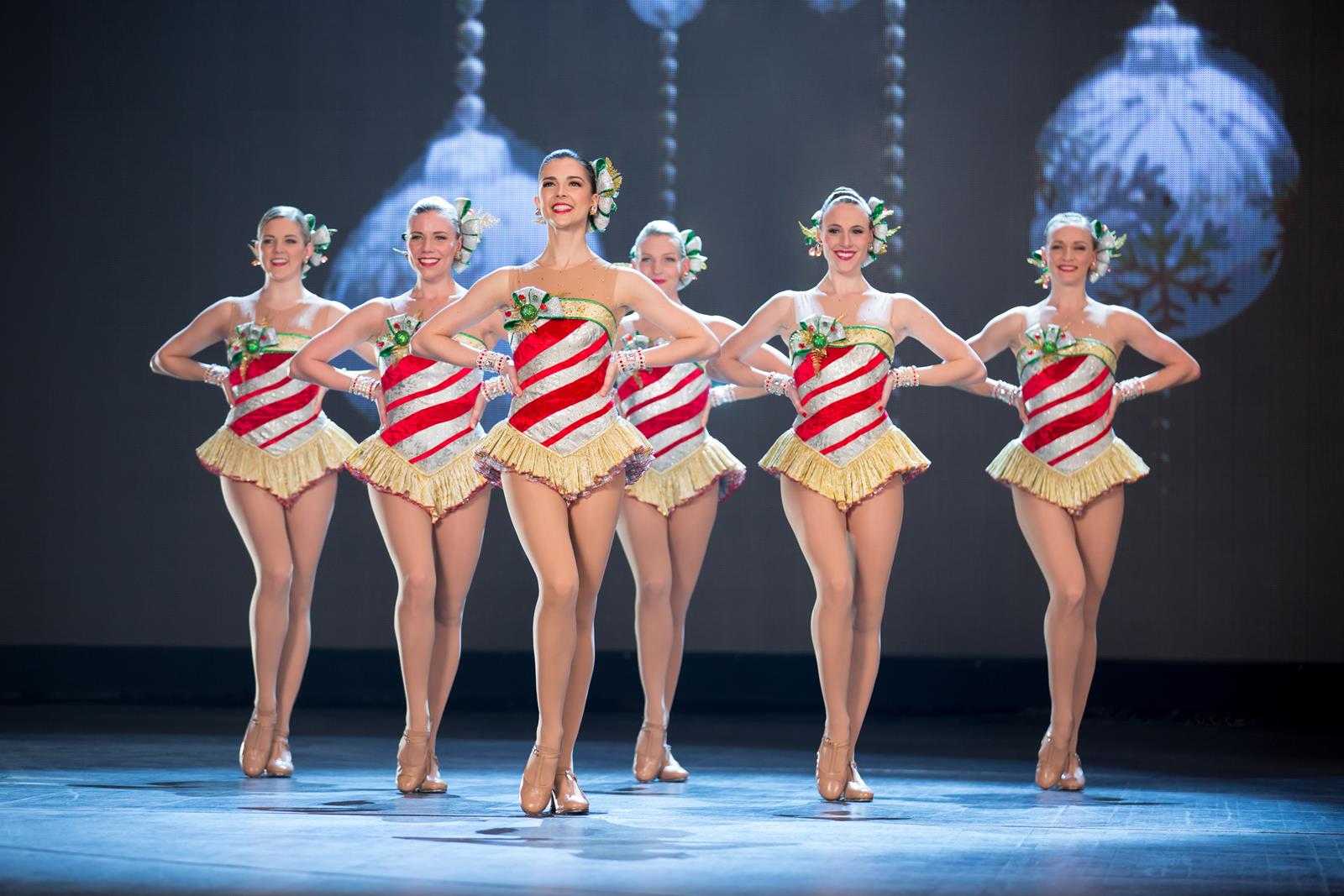 After 90 minutes and 140 performers, the Rockettes take the stage with their line of 36 women beginning the final kick line with seamless precision. The performers spread the warmth of the Christmas spirit before sending guests happily on their way into the streets of New York.

The most special part of the show that brings smiles to fans of all ages is the Rockettes’ dazzling dance moves. From the harmonized soldier marching to the bubbly Reindeer knee pops, the Rockettes transport guests to a magical world through their rhythmic motions. And have you ever wondered why the sound of their tap shoes is so crisp? It’s because their shoes are mic’d up with a special installment in the heel so everyone can hear them dance the “12 Days of Christmas” and “Rag Dolls.” 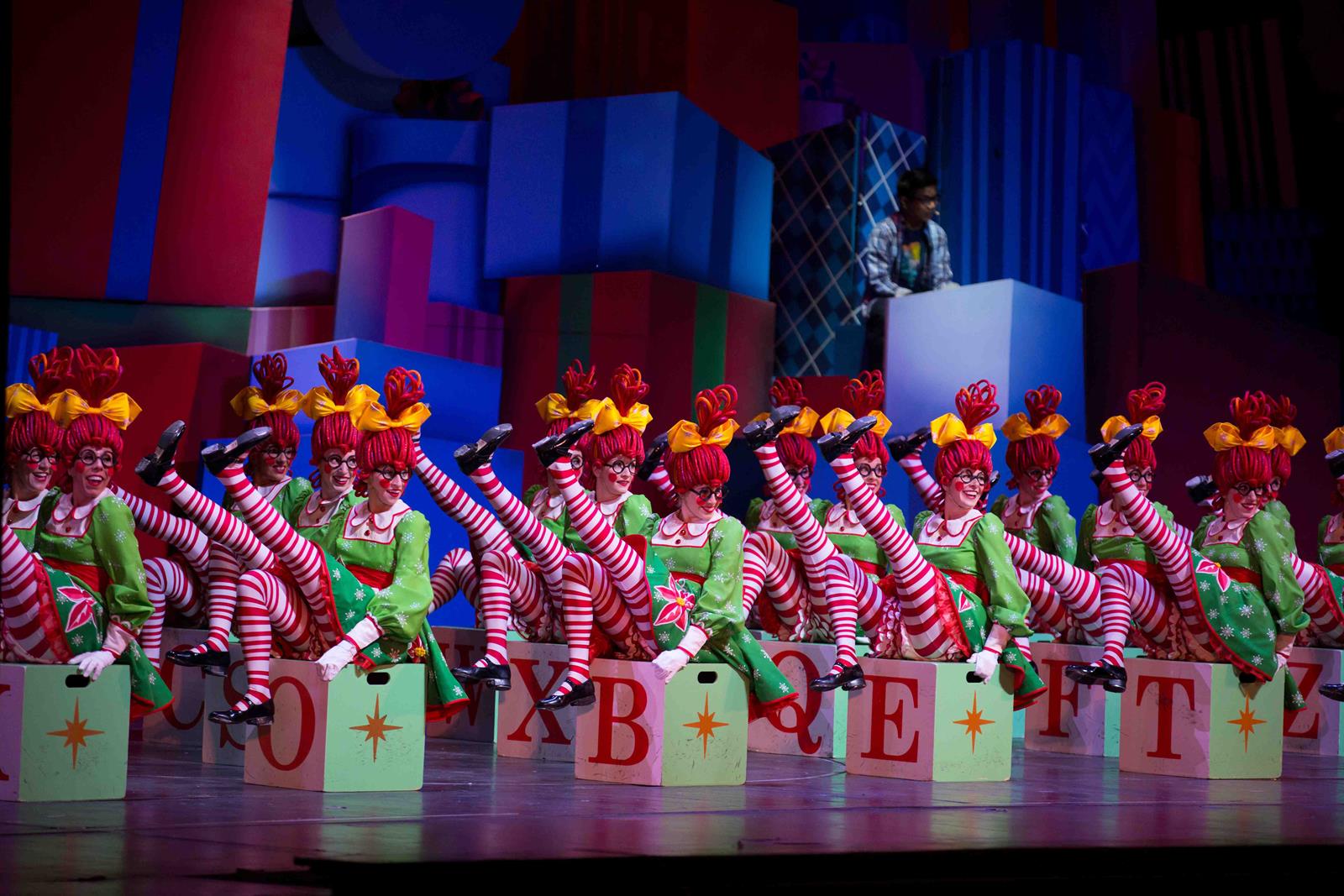 All these precise details and talent make this show what it is today, and Radio City Music Hall makes all of it possible. The theater sits next to Rockefeller Center and has remained a must-see destination for decades. The center’s beautiful architecture is rich in history. Originally completed in 1932, the theater was designed during the Great Depression in hopes of creating a place where people could watch grand performances at an affordable cost. Its upbringing has made the Rockefeller Center a symbol of hope and inspiration as it stood bringing amusement and fun to people of all ages. Radio City, or the “Showplace of the Nation,” has provided more than 300 million people with its films, concerts, theater performances and special events.

The 2019-20 production will run from November 8 through January 5, 2020. If you’re planning a group outing, contact the Madison Square Garden Tour & Travel Sales Department, who supports Radio City Music Hall, for help plan your outing. If you are traveling with a group of ten or more, ask about special perks you could be eligible for. The MSG Tour & Travel Sales Department can be reached at 212-465-6055 or TourismSales@msg.com. For more information, visit: rockettes.com/ptm. Planning your trip will be easy, allowing you to sit back in amazement as the Rockettes capture the Christmas spirit.