4 Keys to Connecting With Your Inner Genius

Stan couldn’t get rid of the nagging ache in his stomach. Was his body the problem, or was another culprit responsible?

Constant preoccupation with discomfort had taken a toll on his ability to be productive both at home and work. He was skilled in employing all the latest technology to improve efficiency, but at the end of the day, there was barely enough energy left to pull his bulging laptop bag up from the floor. To add insult to injury, a new employee was making more work for Stan. Granted, John needed time to get acclimated to the new position, but this was the worst possible time for mentoring a coworker. Stan’s stomach really kicked up when he thought about everything that needed to be accomplished. Once he felt better, pitching in for the team was priority number one. For now, figuring out what was wrong with his gut came first. Doctors had already performed scores of tests, none of which had revealed a medical problem. 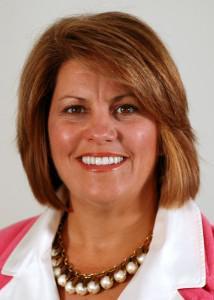 What if Stan had it backwards? Consider the possibility that Stan’s level of pain was in direct relationship to the stress brought using the same work strategies he had used since college graduation. Disconnection from authentic genius was the source of his body’s revolt. Stan could begin the process of connecting with that genius capacity implementing just a few easy tasks:

The Keys to Connecting With Inner Genius: The 4 I’s

1) Intuition – Take notes when he felt a pang coming on.

Instead of ignoring it, he could reconnect with his intuition—his gut instinct— and ask what it was trying to tell him. Repeating this process daily for a just two to three weeks would glean more insight than Stan could possibly imagine. All discovery and entrepreneurial home runs are based on hunches. They are indispensable for keeping you ahead of the pack.

Stan knew he was tense. The question he wasn’t asking: what was his dream? What was his heart’s desire for success? Adding that question to his notes would point him in the direction of where he really wanted to be going. By lining up with his integrity, it would be impossible for any situation to throw Stan off balance. Analyzing himself, Stan realized a big portion of his stress had its genesis in holding back from sharing many of the ideas he had for improving his department’s performance. Withholding was at cross purposes with his integrity. Speaking up would take courage, but it was in alignment with his natural business acumen.

Obviously, Stan thought plodding logically through difficulty was the only route that made sense. What he didn’t know was that half his brain was shut down. The creative part of his brain, the one responsible for breakthroughs and invention, was being ignored. Stan could do some easy things to wake up that neglected 50 percent of his intellectual capacity. Quick fixes to rev up his creative side could include:

These actions may seem inordinately simple, but they will work wonders in breaking stale old patterns of inefficiency.

Plugging back into all the amazing attributes inside himself, Stan was inviting an entirely new lifestyle. Instead of looking for the cause of what was wrong, he could look for remain inspired, living large, achieving his wishes with ease. All that would be required was following an easy formula:

Stan’s stomach may have been speaking to him with the only voice it had: pain. The longer he avoided listening, the more intensely his abdomen screeched. Biologists have actually found that there are at least two centers, other than the brain, that create chemicals that direct our emotions: the heart and the gut. Simply put, that means there is sound research to back up gut instincts, or intuition. Heart problems make sense, too. Anytime you deny yourself, you are denying personal integrity, the domain of the heart. Now, there are scientific studies to back up why stress produces heart palpitations from an emotional perspective. Additionally, only using half a brain stresses our primary organ of intelligence. It can’t help but be out of kilter if we never consider looking at opportunity in a perceived crisis. Seeing the brighter side engages creativity—finding a solution when it makes no logical sense—but it’s there, sure as there are new innovations thought up every day that totally change the way our entire society lives and works.

Once Stan tuned in to the genius within his body-gut instinct, heart, and creativity-his confidence soared. From this newly inspired state, he realized he knew enough to transform his workplace. Within weeks, a business plan for expanding his department by thirty percent virtually completed itself, and he had rekindled an old passion for running, which, incidentally, was pain-free. More than pain-free, workouts were energizing particularly because five days into the new routine, he met up with his manager while jogging. Taking the risk to speak up about the expansion plan paid off big. The manager was ready to implement Stan’s plan—immediately. Not only did Stan release himself from a long-standing cycle of pain, he garnered himself a promotion and a hefty list of business accolades to boot. Charged up by his success, Stan found more than enough time to show his new co-worker the ropes. Within weeks, John and Stan became an incredibly productive team.

About the Author:
Dr. Marjorie Wolter is a speaker, mentor and founder of Vita Celebrata, a consulting firm specializing in inspired leadership and creating unique cultures of success. With over 20 years of experience, she is a catalyst for those who will only be satisfied having achieved the highest level of business success. Marjorie has authored three books: “Magnificent Men are Everywhere,” “Seekers and Evolutionaries” and “Living the Accomplished Life.” Learn more about her speaking and consulting by visiting www.drmarjoriewolter.com or calling 800-959-8096.