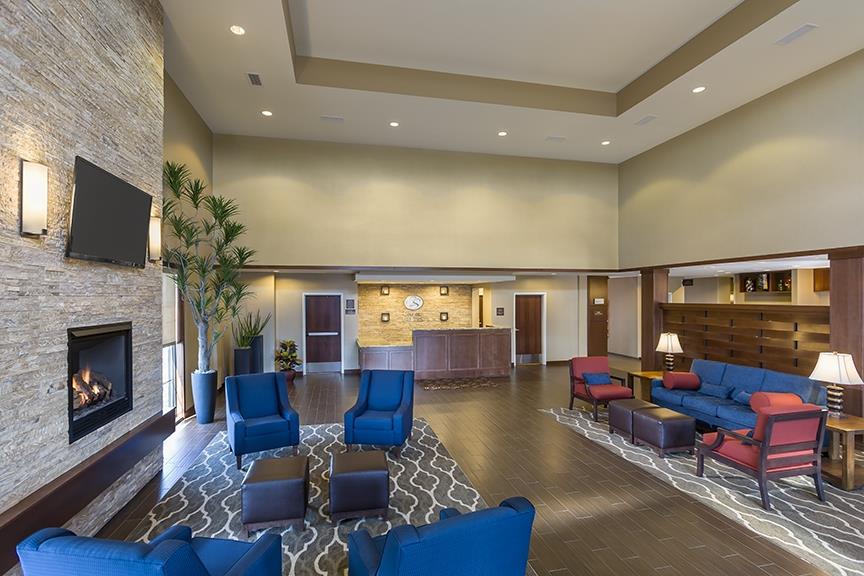 There’s good news for 2014 if you follow the hotel market.

“US Group Hotel Sales Opening 2014 with Increased Growth” sang the headline on Hospitalitynet.org.

For the ensuing 12 months, overall committed occupancy is up 7.4 percent when compared with the same time last year. Average daily rate (ADR) is up three percent based on reservations already on the books.

With an improved economic sector and more travelers on the road, hotel companies poised for growth are in a good spot. Leisure Group Travel went in search of examples of hotel companies that are properly positioned. Hotel executives are generally guarded regarding requests for information, but Leisure Group Travel was able to illustrate the emerging trend by talking with two of them. Both were upbeat about the future.

Gail Sayadian, Director of Leisure Sales, Global Sales, Choice Hotels International, said that in 2014 the company will continue with “Comfort Re-imagined,” a $40-million effort for the Comfort Inn brand, aimed at encouraging 1,900 domestic Comfort Inn and Comfort Suites to quickly and efficiently perform renovations. The goal is maintaining a consistent quality across the brand. The company has a global total of 2,500 Comfort Inns and Comfort Suites.

The Choice vice president called the $40 million of brand improvement incentive money “an unprecedented turbo boost” to energize existing franchisees. All qualifying domestic Comfort brand hotels may apply to the company for financing with favorable repayment terms. Such renovations were completed by  2014.

Another good group breakfast option is at the Clarion brand, also owned by Choice Hotels. Choice will complete the “Bistro C” rollout in 2014, with a cook-to-order menu and meals economical enough to serve the group markets and allow the company to see a slight profit, Sayadian said. This concept is part of a broader strategic effort to make Clarion the go-to option for group travel in the mid-scale lodging segment. She added that guests traveling to gather for events such as meetings, reunions and social occasions account for 70-90 million room nights per year in the mid-scale market.

The Choice Hotels flag currently ranking at the top for new construction is Sleep Inns. The 100th property was built in 2013. Travelers can now find the Designed to Dream concept in both large and small markets.

Choice Hotels franchises over 6,200 hotels, representing more than 500,000 rooms, according to figures released in March, 2013. At that time, Choice listed 395 hotels representing more than 31,000 rooms as being under construction, awaiting conversions or approved for development in the U.S. Additionally, 88 hotels representing approximately 7,800 rooms were under construction in 20 other countries and territories. The company’s Comfort Inn, Comfort Suites, Quality, Sleep Inn, Clarion, Cambria Suites, MainStay Suites, Suburban Extended Stay Hotel, EconoLodge and Rodeway Inn brands, as well as its Ascend Hotel Collection membership program, serve guests worldwide. All hotels are independently owned and operated.

The Carlson Rezidor Hotel Group will spend 2014 working towards the final quarter of its goals laid out in the Ambition 2015 global strategy. The Radisson brand has been a key focal point of this strategy and by 2013’s end, Radisson will have completed the first 75 percent of its Property Improvement Plans (PIPS) across its over 140 hotels. Karen Hamilton, Carlson Rezidor’s VP Global Sales, the Americas, said the Radisson hotels should be considered the “most refreshed” in the upscale market segment.

“Our timing couldn’t be more perfect with consumers’ desire for upscale hotel design shifting from aspirational to that of a standard expectation,” she said.

Hamilton said she expected to see moderate growth of all brands with anticipated signings of 122 properties globally in 2014. Current portfolio for Carlson Rezidor Hotel Group includes 1,307 hotels in operation and under development, totaling 209,311 rooms, plus these global brands: Radisson Blu, Radisson, Park Plaza, Park Inn by Radisson, and Country Inns & Suites by Carlson.

The company announced new programs for its meetings and events segment for Radisson Blu and Radisson. The Radisson Blu “Experience Meetings” program is set to launch globally in January.

Additionally, Club Carlson for Planners is a program used at more than 1,000 participating hotels worldwide, Hamilton said. Meetings and event planners who are members of Club Carlson have the opportunity to earn points for meeting rooms, sleep rooms and food and beverage expenses. As part of the Radisson Re-Imagined program, the company is re-launching its Meeting Success Service Concept to better deliver on the evolving needs of guests and make Radisson Hotels the preferred choice for selecting a meetings and events venue. The Meetings Success program has been refreshed and redesigned to assist hotels in delivering a meetings experience that will stand out to guests and meeting planners alike, and be replicable as a consistent offering at all properties.

Hamilton said Radisson has an initiative underway as part of a website upgrades program to make enhancements to the group/meeting pages.

Regarding groups, and with all of this activity, Hamilton said “We are seeing a strong performance from the sports market across the portfolio.”