Allan Wright: A lifetime of adventure 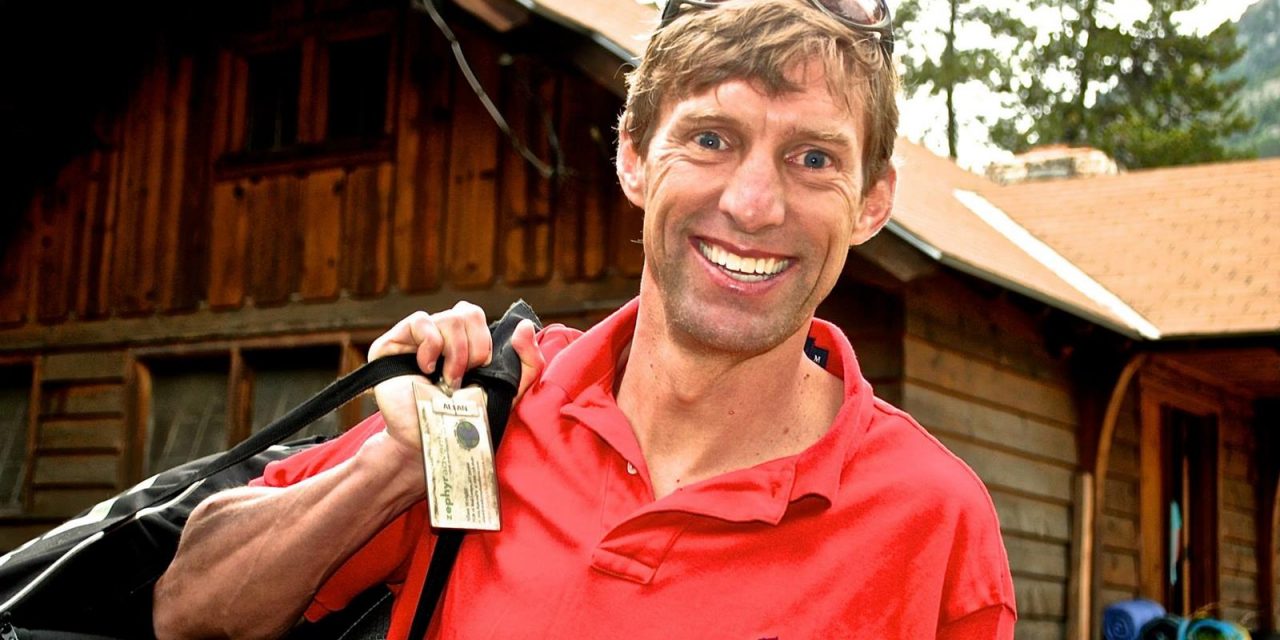 Allan Wright had started a few small businesses before he went to graduate school where he received his MBA in Entrepreneurial Management. Wanting to find a career where we could run his own company, but unlike many of his fellow students, he was focused on the idea of only doing what he loved to do. Allan’s journey started with the world’s first inline skating tour company and has since branched out into adventure and food tour divisions and a conference business focusing on wine, food and beer. Read Allan’s story in this edition of Take 5.

What prompted you to get into the travel industry?

Allan Wright: I was living in Europe and had already traveled to dozens of countries, but I had done all of that on my own with a backpack, passport and a Let’s Go book. For the first time I had a job that gave me more money than time so I switched over on that continuum and took a bicycle tour in France. This was not something I thought I’d ever want to do, but I was wrong. It was very fun. I had a great time. I loved the activity, I loved the camaraderie and got to love the country, the food and the wine. I had no idea that there was this business of “group tours,” so that opened my eyes.

How did you transition that into your own business?

AW: In the late ’90s I was doing this thing called roller blading, which is officially called inline skating. It was huge. I thought I could combine inline skating with this bicycle tour idea, so I started the world’s first inline skating tour company. Three years later the market crashed and inline skating went down quickly. Luckily by then I had already expanded into bicycle tours, hiking tours and multi-sport tours. At one point I was running 16 skating tours in Europe and North America; today we still run one or two a year.

Would you classify the adventure tour industry as a competitive market?

AW: It’s extremely competitive. Part of the problem is a lot of people that want to do adventure travel can do it on their own, so it’s a finite market. What made it work for us is that I was the world’s first inline skating tour company, so that allowed us to bloom. We had a lot of publicity, the newspapers loved the idea. At one point I was running tours in the Pennsylvania Amish Country and we would have our skaters right next to horses and buggies on the road. It was a great visual, so it worked well. The reason I’m in business 22 years later is because the same people that came on my skating tours liked us and kept coming back even after they stopped skating.

We’re not a large company, but a small, viable tour company that produces a great lifestyle. Our customers are loyal. What would be difficult is if we wanted to grow ten-fold. There are a few companies that enter the industry and do quite well and grow into the big guys, and then there are lots and lots who remain small lifestyle businesses, and that’s not a bad thing.

The alternative is that the big guys bought up all the little guys and people had only a few choices like many other industries have done. I think consumers benefit by having all these different options with unique cultures attached to each of those small companies since they are run by avid entrepreneurs who are also into the activities they’re doing. That’s the amazing thing that adds to the betterment of the world in some way.

In the last 21 years, how have your travelers changed?

AW: My business has changed but whether that is representative of the whole industry or not it’s hard for me to tell. I think one of the things we notice for sure is the people who want to do this are not looking for aggressive activity. They’re looking for light activity, and they’re not generally excellent athletes or looking to really stress themselves on vacation.

They want to be active, but they are equally focused on relaxing, eating, drinking and even shopping. Our tours used to be very focused on the activity and we would skate or bicycle for five to six hours during the day. We’d stop at lunch and then go right back out on the bike path. Nowadays people are more comfortable with a half-day of exercise and intertwining it with other activities that are typical in a non-active tour company. 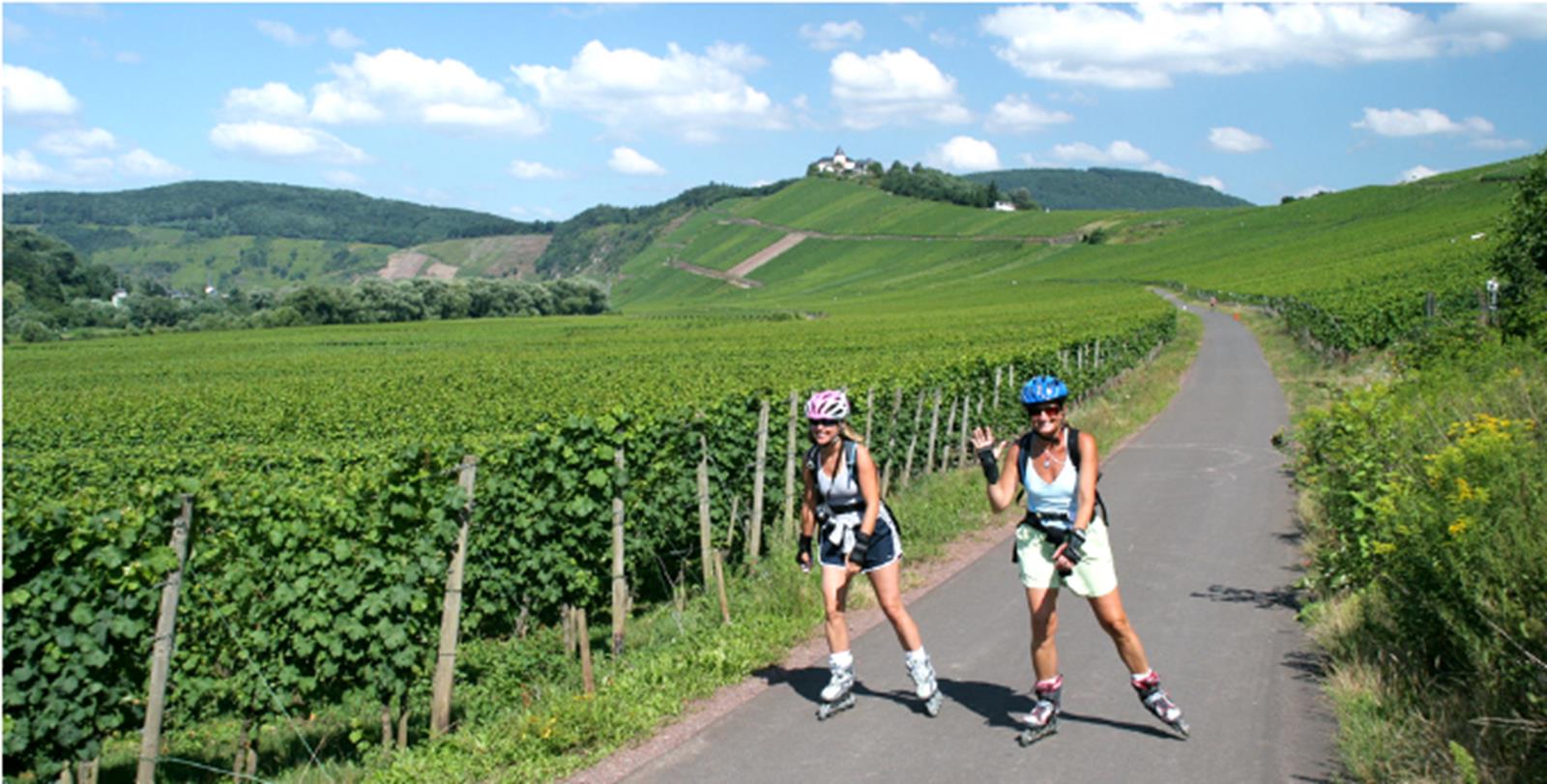 What is the mode of transportation and tour?

AW: We really prefer to run a tour that doesn’t require people to get in any transportation. We have a support van, but ideally they’re not actually getting in very much or at all during the week unless they need that support. We prefer to set up routes that are short enough that almost everybody can go from point A to point B, and then we add in extra loops for those people who want more exercise.

What destinations are popular?

AW: In the U.S., national parks like Glacier National Park and Yellowstone are popular. We have a new tour in the Beartooth Mountains of Montana. South America is pretty popular and our Peru tours have always been successful. We have a Chile and Argentina tour that combines the two countries. One of the things you have to do as a small tour company is always add in new tours because otherwise your alumni get tired of your location, so we are constantly researching and adding more tours.

When did you start integrating food tours into the business?

AW: Obviously food is always a part of these tours and usually drink is as well. What I found was that many, if not most, bicycle tour companies were running tours in wine areas because wine areas are beautiful and therefore make good tour locations.

Back in 2008 we decided to market to wine drinkers instead of active travelers, thinking that might be a different way to get at the customer base. We started to include more wine activities and market them as “Active Wine Tours.” That slowly got us into doing more tours that are focused on other things like “Active Beer Tours” that we’re still running today. 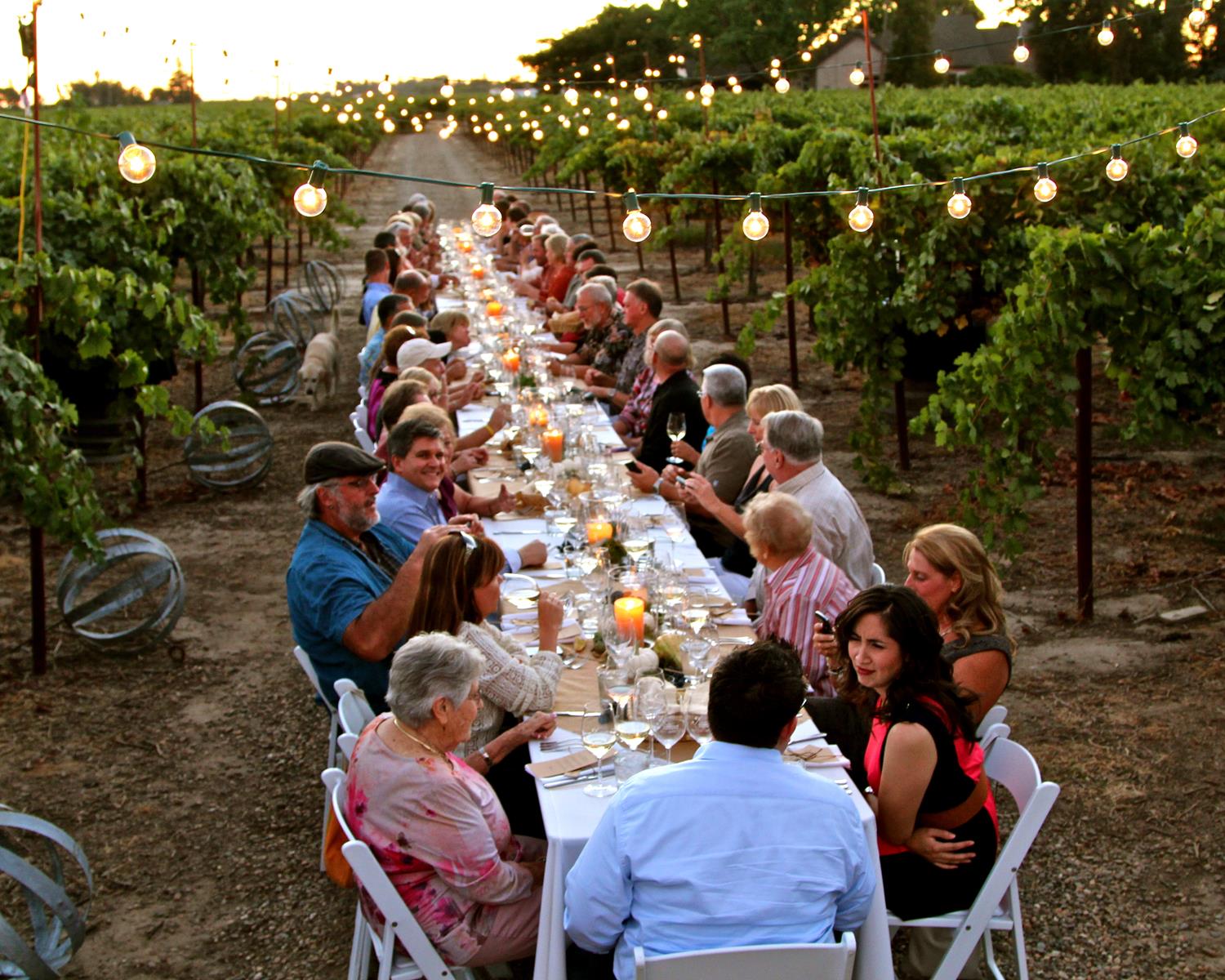 We started running these active tours that include a wine, beer or food component, and then we found out that some people wanted to do the exact same tour without being active. It’s easy to talk about the adventure travel industry as a big industry, but the non-adventure travel industry, is much, much bigger, and most people don’t go and exercise on vacation. They see vacation as a time to not exercise, in fact.

We started a second tour company, which we called Taste Vacations, that runs similar tours around the world but focuses on the food, wine and beer, and leaves the activity at home. For example, we run a Chile/Argentina wine and multi-sport tour where we hike, bike, and horseback ride in Chile and Argentina in the wine areas. We run the same tour, under Taste Vacations, without the activities, and there’s more focus on the food and wine. 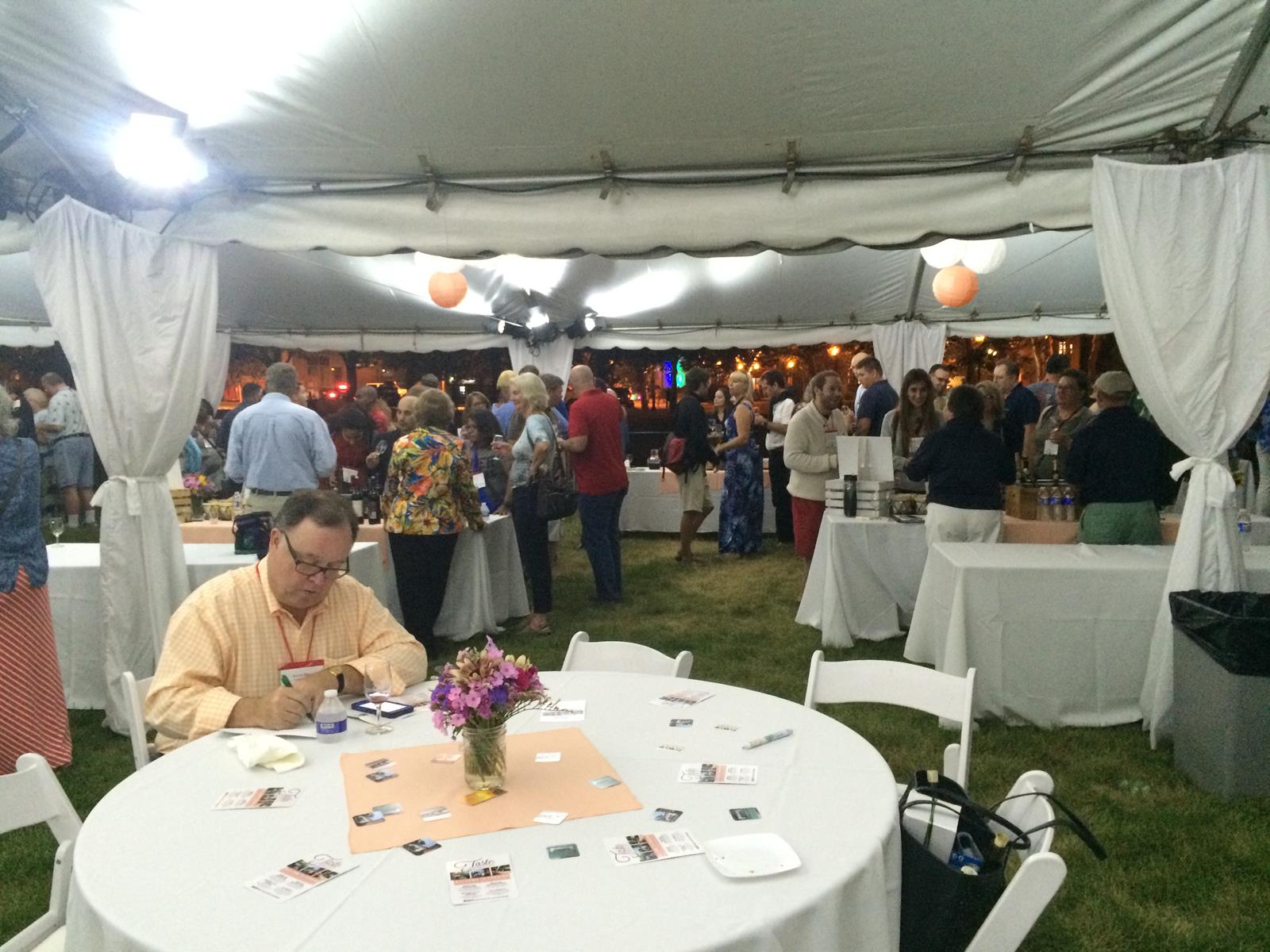 We’ll do blind tastings and meet with the winery owners and things like that. Frankly, if you’re bicycling through wine country, that’s not your main interest. If you’re there for the wine, then you want to know more about the wine and vineyards.

How are you finding new customers?

AW: Number 1, repeat business, and if it’s not Number 1, I think the tour company has a problem. Number 2, word of mouth, and that’s also probably true for many tour companies, I’m guessing. Number 3 is the internet, and we spend a lot of time on that, especially because of our conferences where we are teaching digital marketing practices. We do what everybody else does with social media marketing, email marketing and online advertising.

You mentioned the conference arm of your business, and I think it’s really a fascinating part of what you do.

With the media conferences we have people attending who are from traditional media that write for a magazine/newspaper, plus bloggers and social media influencers. For the two industry conferences folks attending represent companies in that sector.

What’s the significance of bloggers and social media influencers on today’s travelers?

AW: The majority are hobbyists who are passionate about not only the subject matter of food, wine or beer, but they’re passionate about communicating that subject matter. So, you have somebody who is sitting in Toledo, Ohio, and they’re into wine, and instead of just going to the store and buying wine like other people do and drinking it and enjoying it, they want to talk about it.

They create a blog and create social media accounts and start writing about wine because they’re passionate about it. They are not getting paid to do it, so they have perceived credibility by consumers. This is what makes influencers credible and powerful. This is a major change in the world. Traditional one-directional marketing is not what people want to see anymore and that change was driven millennials. They don’t want to be told what to do or what to buy. They want to have a conversation or find information and make that decision for themselves.

I think “older folks” are going in that same direction as well. We don’t want to be told that Switzerland is a great place to visit because of reasons that Switzerland thinks it is, we want to be presented with information that allows us to engage in the process and make that determination for ourselves.

That is what makes influencers popular because they’re considered real people, not marketers.

When did see this change come about?

AW: Blogging started to become really hot back in 2008 right when I started the Wine Bloggers Conference. The big discussion at that time was “would Twitter survive or was it a useless tool that would die?” So I was at that time the tools of bogging and social media were coming together, but I can’t tell you exactly when consumers started shifting in how they wanted to be talked to,  but it’s changed fast.

AW: I have definitely seen wine/food bloggers/influencers create their own trips. It’s another way for them to get involved in the industry and make some money in what they’re passionate about. We have also hired people like that to be our guides on occasion. For example, we are running a beer tour in Bavaria and hiring a local who has written a book about German beers.

Is there any advice you would give to someone who is thinking about the travel business or just starting out?

The other I would say is you have to have modest expectations at the beginning. When I started my company, I went and talked to a person who ran a successful bike tour company. He told me, “You’re going to need $100,000 or three years of your life to invest to make this work, and if you can do that, then you can start an adventure travel company.”